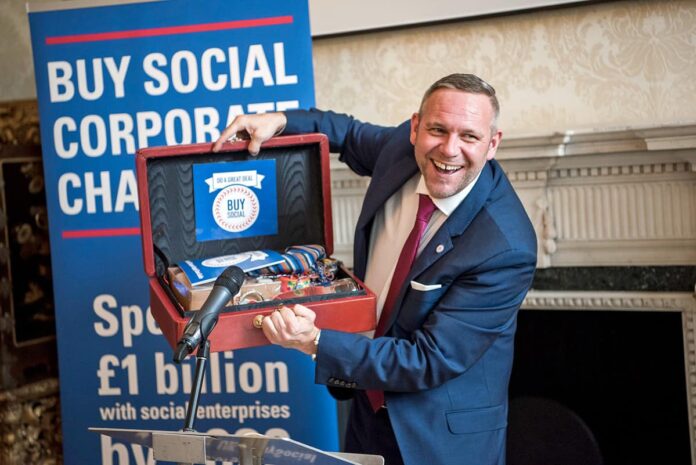 Dormant bank accounts have been emptied to the tune of £330million to finance accommodation for people with mental health conditions over the next four years.

Initiatives supporting the homeless population, those with debt problems, and social enterprises are also set to benefit from the scheme that, since its introduction under Gordon Brown in 2008, has targeted the £1bn sitting unused in archaic UK accounts.

Peter Holbrook, chief executive of Social Enterprise UK, described the release of this latest chunk of capital, which follows £360m of similar funding over the past 10 years, as “good news”.

“We welcome the acknowledgement of the role that social enterprise has in solving some of our biggest societal problems,” he said.

“It is right and proper that this money should go to help disadvantaged young people into work, and dealing with the spiralling debt – driven by eye watering interest rates and the predatory behaviours of lenders – within some of our poorest households and communities.

“We also welcome more money being released into social investment, particularly given the ambition for this to increase the investors’ appetite for risk and subsequently enable greater innovation from across the sector.”

However, he also called for a strict monitoring of the distribution of funds, and stressed the importance of addressing the root cause of society’s problems as opposed to offering a reactive solution to the issues they create.

“Equally important and yet missing from the announcement are changes in policy to address the causes of some of these problems,” he said.

“There is a danger that we are spending money on treating the symptoms and not curing the disease.

We need to see a change in tack over the roll out of universal credit and benefit sanctioning, real progress on building genuinely affordable housing, tighter regulation of online and high street gambling and lending, stronger employment rights, and better routes into vocational work for young people.”

Meanwhile, Tracey Crouch, minister for sport and civil society, is hoping to witness an impact across multiple communities.

“This is part of the government’s commitment to building a fairer society and tackling the social injustices that hold people back from achieving their full potential,” she said.

Banks and building societies involved in the voluntary scheme include Barclays, HSBC, Lloyds, Royal Bank of Scotland, Nationwide, TSB, Santander, and the Co-operative Bank, with released capital distributed by the Big Lottery Fund.