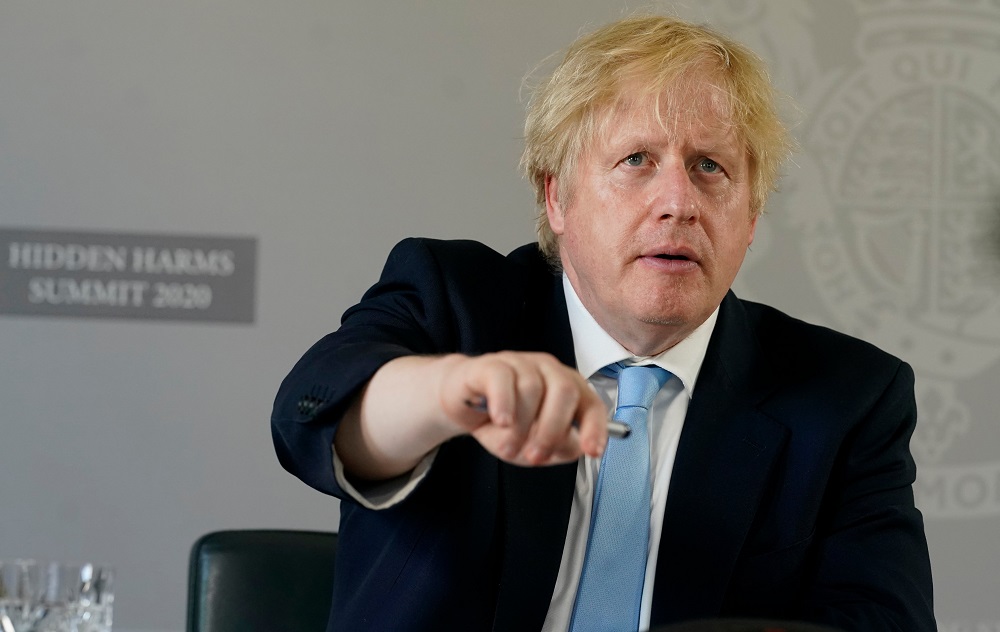 The Prime Minister kicked off by saying he wanted to address “the big question people have been asking in the last 48 hours.”

Mr Cummings has come under intense scrutiny for appearing to flout clear lockdown rules to travel to Durham from the capital while both he and his wife presented Covid-19 symptoms.

The political strategist says he did so to provide appropriate childcare, making a 260-mile drive to see his parents.

Addressing the nation, he said: “I want to begin by answering the big question that people have been asking in the last 48 hours. And that is – is this Government asking you – the people, the public, to do one thing while senior people here in government do something else?

If you have symptoms of #coronavirus, you should self-isolate and get yourself tested.

Symptoms include:
⚫ a high temperature
⚫ a new continuous cough
⚫ change or loss of smell or taste

“Have we been asking you to make sacrifices, to obey social distancing, to stay at home while some people have been basically flouting those rules and endangering lives?

“And it is because I take this matter so seriously and frankly it is so serious that I can tell you today I have had extensive face to face conversations with Dominic Cummings and I have concluded that in travelling to find the right kind of childcare, at the moment when both he and his wife were about to be incapacitated by coronavirus.

“And when he had no alternative, I think he followed the instincts of every father and every parent. And I do not mark him down for that. And though there have been many other allegations about what happened when he was in self-isolation and thereafter, some of them palpably false.

“I believe that in every respect he has acted responsibly, and legally, and with integrity, and with the overwhelming aim of stopping the spread of the virus and saving lives.”

Labour leader Sir Keir Starmer said the PM’s stance was an insult to the sacrifices made by the British people, and called for a Cabinet Office inquiry.

Meanwhile Mr Cummings says he will not resign.