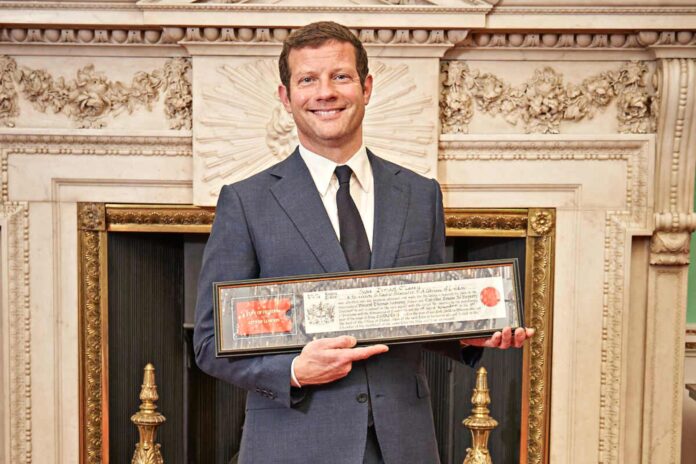 TV and radio presenter, Dermot O’Leary, has received the Freedom of the City of London, in recognition of his charitable work and patronage of the London Irish Centre. 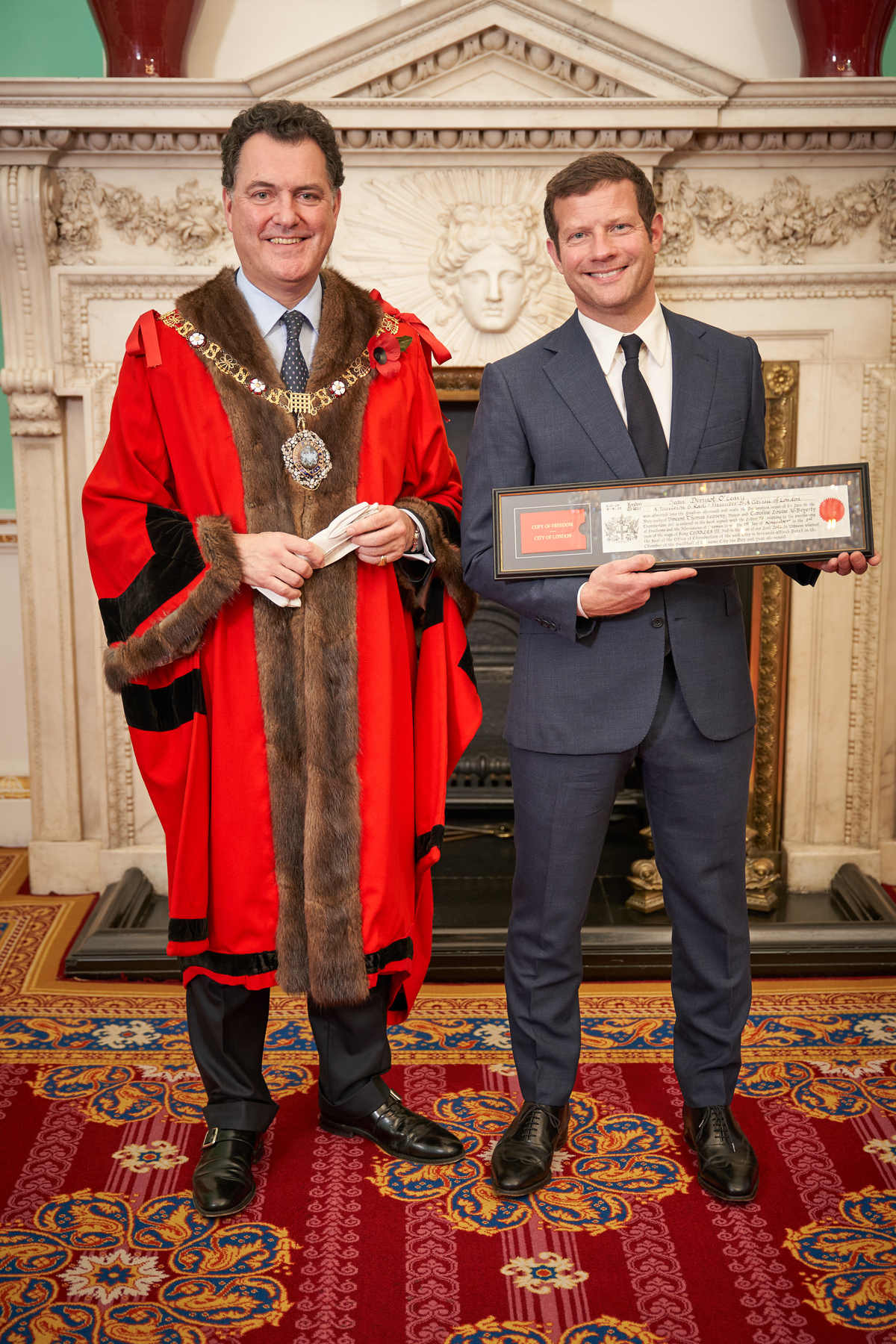 O’Leary, who currently presents his BBC Radio 2 show, Saturday Breakfast with Dermot O’Leary, and co-presents the Friday edition of ITV’s This Morning with Alison Hammond, attended his ceremony at The Mansion House.

He was joined at the Lord Mayor’s official residence by family members, friends, and representatives from the London Irish Centre.

Colchester-born O’Leary, whose parents Séan and Maria emigrated from Wexford to the UK, was nominated by Lord Mayor of the City of London, Vincent Keaveny, and member and Court Assistant of the Worshipful Company of Carmen, Vince Dignam.

NOW READ: Freedom of the City of London awarded to pioneering Black cricketer

The Lord Mayor said: “Dermot is familiar to many millions of us, either, from watching him on TV or listening to his radio show but more than that, he is also a dedicated and much valued charity campaigner.

“As the City’s first Irish National Lord Mayor, I was particularly delighted to nominate Dermot for the Freedom of the City of London, which is one of our most ancient and proud traditions, and which he richly deserves.”

O’Leary said: “I am genuinely honoured to receive the Freedom of the City of London.

“Anyone who knows me will know that two of my great loves are this wonderful city and my Irish heritage so, to receive the Freedom alongside my London Irish Centre friends makes it all the more special.

“Countless Irish people, like my own parents, brought so much to this great city, so I would like to sincerely thank the Lord Mayor in honouring those experiences and contributions today, and I proudly and humbly accept this on their behalf.” 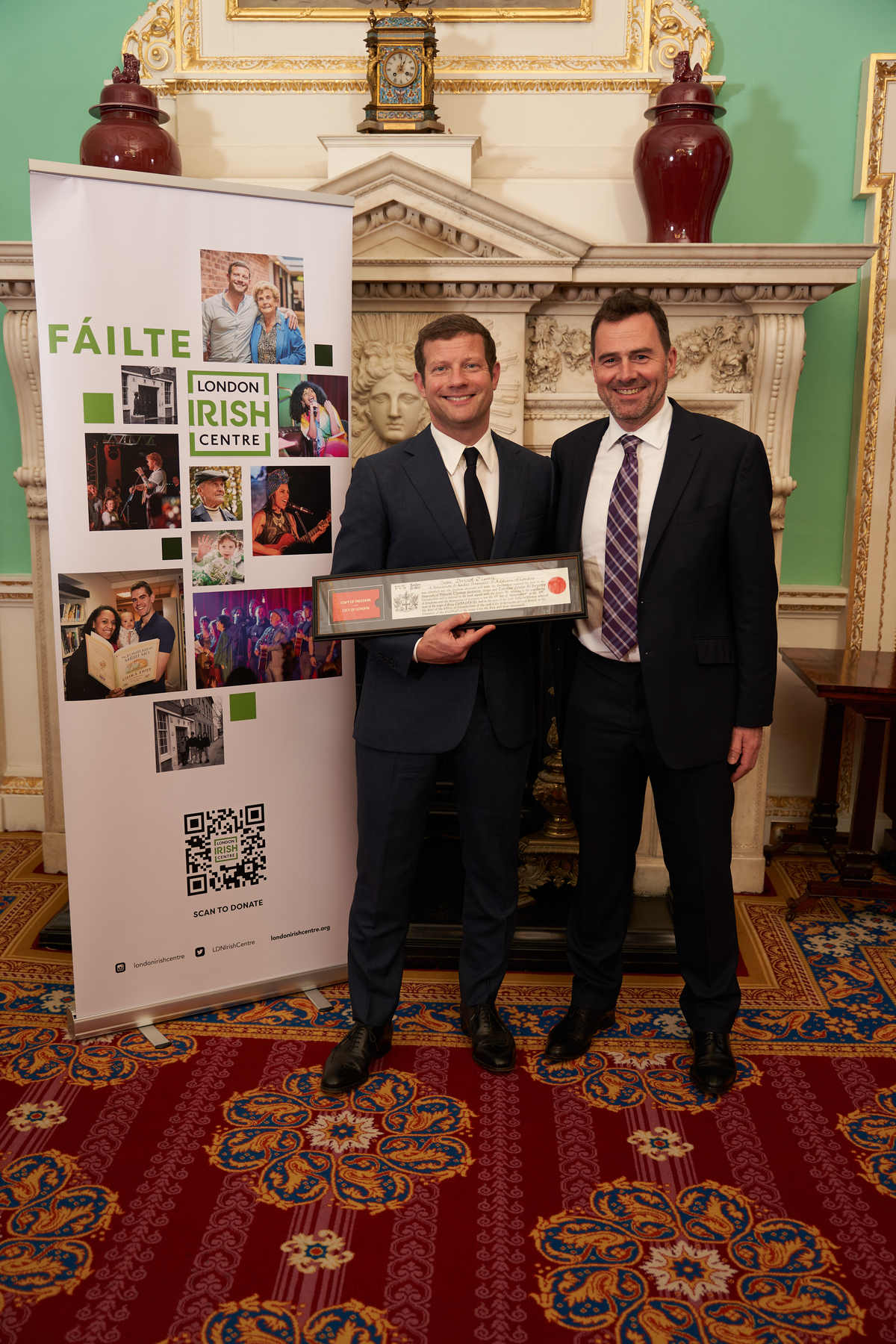 “His unwavering support highlights all the people that we help through our community programmes, and those we educate and entertain through cultural activities, right across London.

“We congratulate Dermot on receiving the Freedom of the City of London and thank him sincerely for his ongoing commitment to us and the work that we do.”

The Freedom is one of the City of London’s ancient traditions. It is believed to have begun in 1237 and enabled recipients, who were also required to join a Livery company, to carry out their trade.

Dignam added: “Through my membership of The Worshipful Company of Carmen and my links with the London Irish Centre, I was very pleased to join Lord Mayor Vincent Keaveny in nominating Dermot for the Freedom.

“His sterling support for the LIC is being recognised today in a unique way by the City, and I feel sure that he will always remember this special occasion.”