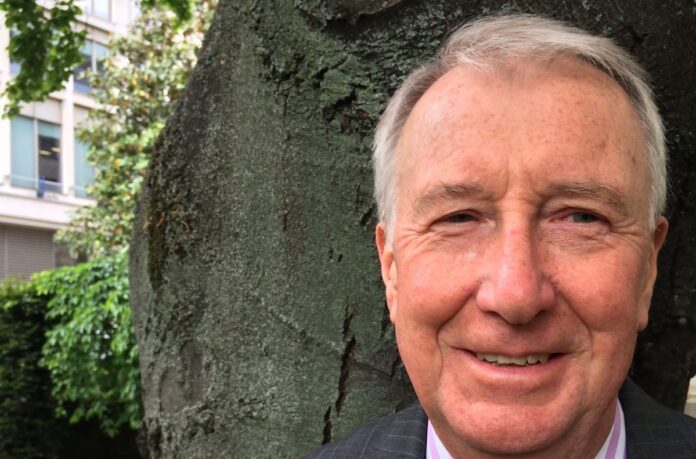 Deputy John Bennett was awarded an MBE for services to education and the City of London.

The former chairman of the Board of Governors at the prestigious Guildhall School of Music and Drama got involved in education after his retirement from a career in international banking.

The representative for Broad Street ward joined the board of the City of London Freeman’s School in Ashstead in Surrey.

He recalled: “When I walked through the door I knew I was going to enjoy it.”

Deputy Bennett added: “I just felt that everybody there really wanted to make this school a success. That’s when my interest in the City’s education offer started.”

He was chairman of the governing body from 2009 to 2013. When the corporation decided to have a “fresh look” at the education it offers in schools within the Square Mile and in the neighbouring boroughs of Southwark, Hackney and Islington Deputy Bennett joined the education board.

“We put forward new ideas for our education strategy,” he said.

The move was designed to “enhance” education at its eight sponsored academies which form the City of London Academies Trust, two co-sponsored academy schools and three independent schools as well as the maintained Sir John Cass’s Foundation Primary School in Aldgate.

“That was a really fantastic, interesting time to be part of education in the City,” said Deputy Bennett.

He joined the board of governors of the Guildhall School for young musicians, actors and production in 2008 which combined his interests in education and the performing arts.

“During my three years as chair of governors I loved going to see all the performances and the way that the school developed.”

He was there for the opening of the school’s Milton Court development which includes a 608 seater concert hall. The school also faced a funding challenge after changes to higher education funds but has now secured support until 2020.

“We have also now got powers to award our own degrees,” said Deputy Bennett.

He said he is also proud of his role in recruiting “extremely capable” new heads at the school when the previous principals, who were “hard acts to follow” moved on.

Deputy Bennett also served as the  Chief Commoner, one of the City’s most important roles from 2014 to 2015 and his role included supporting the Lord Mayor and highlighting the work of the City’s communities.