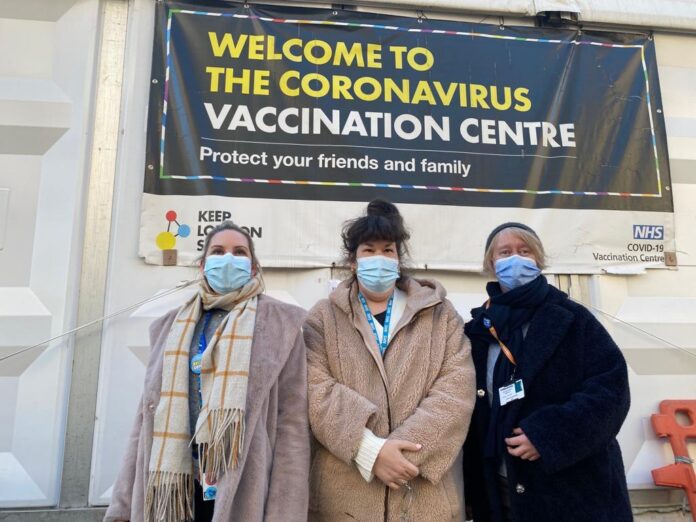 Schools in Hackney could receive extra support in getting students vaccinated against COVID.

The Department of Health and Social Care is looking into providing “specific help” around vaccine uptake in some London boroughs, including Hackney.

Dr Sandra Husbands, Director of Public Health for City and Hackney, said schools have asked for support because of the number of outbreaks affecting staff and students.

She told the local outbreak control board that the work to boost the programme would be “well co-ordinated” with ongoing efforts to get young people vaccinated.

It comes as medics have staged vaccine events at BSix, Stoke Newington Sixth Form and New City colleges this week. Thirteen schools have so far taken up the offer of vaccine events from 21 February until the Easter holdiays.

They will offer jabs to children aged 12 and over and to staff, with first and second vaccines and boosters on offer.

Barts will also vaccinate 12 to 15-year-olds.

By 5 February, first doses had been given to 12 per cent of children aged 12-15, with eight per cent having had a second vaccine.

Overall in City and Hackney, 64 per cent of residents had had their first vaccine, with 58 per cent vaccinated twice and 40 per cent boosted.

Other community events include a pop-up trailer at Liverpool Street Station, where 157 people have been vaccinated in the last month.

There are also clinics on the Mansell Street estate in Port Soken in the City from 17-19 February, and an event aimed at the Turkish Cypriot community on 18 February in Dalston.

Health bosses are looking at the latest announcement from Downing Street, which could see rules for self-isolation in the event of a positive test ending later this month – earlier than initially planned.

Dr Husbands said: “It’s highly likely that we would still advise people to self-isolate when they’re symptomatic and I would do so myself.

“However, we are awaiting formal guidance from the UK Health Security Agency, which will be of particular importance for high-risk settings such as hospitals and care homes.”