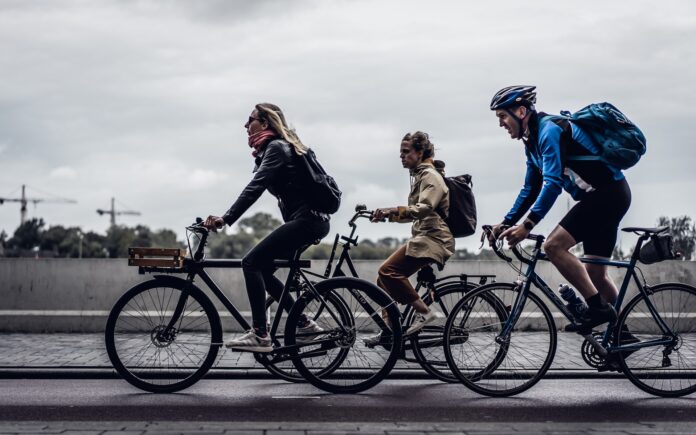 Temporary segregated cycle lanes linking London Bridge and Tower Bridge are to be made permanent following a public consultation held by TfL, it has been announced.

The new cycle lanes, along with a raft of other changes on Tooley Street and Duke Street Hill, were introduced early last year as an “experiment” to see if walking and cycling could be encouraged without causing delays to traffic.

The changes also saw the introduction of a left-turn ban into Queen Elizabeth Road for vehicles excluding buses and taxis, and the removal of on-street parking near the Unicorn Theatre to make room for a section of cycle lane.

Following a review of the data gathered during the six-month consultation, TfL revealed that the changes would be made permanent having resulted in a 25 per cent increase in the number of people cycling along the route, without leading to significant delays for buses or other traffic.

Vehicle numbers along Tooley Street were also found to have fallen by a third, which TfL said has led to a “much more pleasant environment for people using the street”.

In a report following the trial, TfL says there was a “clear increase” in levels of cycling along Tooley Street on weekdays, not dropping below an average of 5,000 cyclists per day during the spring.

There was, though, a decrease in levels of cycling at weekends, which TfL put down to a greater proportion of people using public transport compared to during the height of the Covid-19 pandemic when the changes were first introduced.

According to the report, the changes led to “quicker and more reliable” bus journey times westbound along Tooley Street, while eastbound services remained consistently “in or around” journey times seen previously.

Throughout the public consultation, which lasted from May to November 2021, TfL received 222 responses including four from stakeholders.

In its report, TfL said: “Prior to this scheme measures for cyclists consisted mainly of advisory line markings, with no physical separation from general traffic on what is a relatively busy corridor where a high number of vulnerable road users have been hurt in collisions. In the 36 months ending June 2020, there were a total 27 collisions on Tooley Street and Duke Street Hill, and of these 15 (55 per cent) involved people cycling being injured.

“We aimed to provide a safer facility for cyclists, whilst balancing this with the needs of other road users including buses, taxis, and local businesses. We believe that a good level of service has been maintained for all road users: this is borne out by the fact that the performance of network has remained stable since the scheme was introduced.”