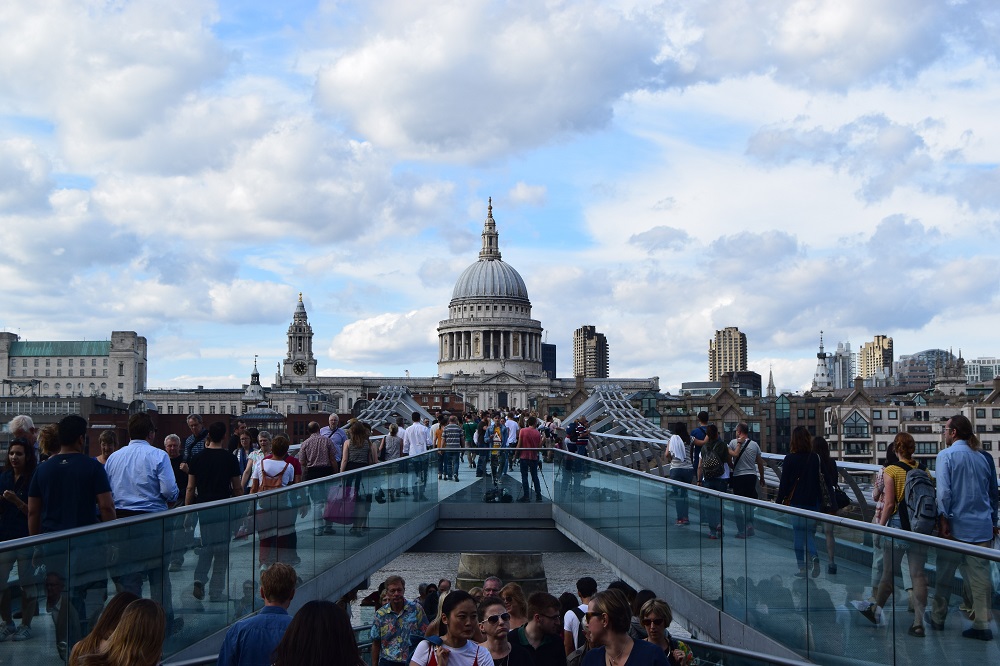 A unique City taskforce bringing together the creative and business sectors has established a network of over 60 London organisations dedicated to putting culture at the heart of the capital’s COVID fight back.

Chaired by Lord Mayor William Russell, the City of London Corporation, in partnership with its creative district, Culture Mile, formed the Culture and Commerce Taskforce in October 2020.

It assembled leading figures from across the capital’s commercial, civic, tech, and creative sectors to find new ways in which London’s culture and business sectors can work together to maintain the City’s competitive advantage as a global creative and commercial hub.

Culture and Commerce Taskforce’s Fuelling Creative Renewal report, published earlier this year, set out a blueprint for stronger ties between businesses and the creative sectors to boost London’s economic growth as the UK recovers from the pandemic. The achievements, lessons and legacy of the Taskforce’s work is set out in the final report, A Year of Fuelling Creative Renewal.

In the last 12 months, the City Corporation and Culture Mile delivered with partners almost £800,000 worth of investment in collaborative, cross-sector projects to help attract people back to the Square Mile and wider London.

Some 40 commercial sites were used to showcase creative activity, filling shops, offices, and public spaces with art, attracting visitors and workers back to the City, and boosting footfall, with creatives securing new jobs and workspaces to reach City audiences. Over 6,000 hours of free creative workspace were also secured.

The Lord Mayor said: “Culture is playing a leading role in the fight back from the pandemic and that’s why partnerships between the creative and commercial sectors are so crucial. The City has got its buzz back.

“Now, more than ever, our communities need us to work together to breathe new life into familiar spaces and help ensure London remains the best city in the world in which to live, learn, work and invest.”

NOW READ: Why the Lord Mayor’s Show history is so important to the City

The taskforce championed five key projects that united business and the creative sector. They are:

This scheme has helped fill shops, offices, and public spaces across the City with art, attracting visitors and workers, and boosting footfall.

Six schemes have been co-designed by the City Corporation, Culture Mile and a range of cultural and commercial organisations, including ArtUltra, ARTIQ, Bloomberg L.P, Brookfield Properties, Cheapside Business Alliance, Dominvs Group, EC Partnership and University of the Arts London, to showcase London’s creativity and attract people back into the Square Mile.

The Creative Exchange programme connects businesses and creatives together to deliver a wide-ranging skills and knowledge-sharing programme between the creative and commercial sectors.

The project, developed by Culture Mile, is supported by founding partner Bloomberg L.P to help place creative organisations at the centre of London’s economic recovery, with further contributions from organisations across the creative and commercial sectors.

Creative Skills brought together young people at a five-day workshop in the summer holidays so they could get information about career options and pathways into the creative sector. All participants were from backgrounds that are underrepresented in the creative industries.

The City of London Corporation and Culture Mile Learning worked with partners including Foundation for Future London and the Trampery, alongside a range of commercial enterprises, to deliver the scheme.

Create in the City

Five initiatives have been tested to explore how this can be achieved through a range of projects involving the cultural, civic and commercial sectors.

The City Corporation has worked with partners including British Land, New Diorama Theatre, BE Offices and The Trampery to model how culture and commerce can work together to establish a series of creative workspace hubs.

A series of City of London Corporation projects were researched to understand the ways in which the skills and expertise of creatives can be drawn upon to imaginatively deliver urban renewal projects. The learning from this will be shared with civic and commercial partners in order to inform good practice more widely across the City and beyond.

Prior to the pandemic, the creative industries were growing at more than four times the rate of the UK economy as a whole and contributed £115 billion gross value added (GVA) the UK economy.