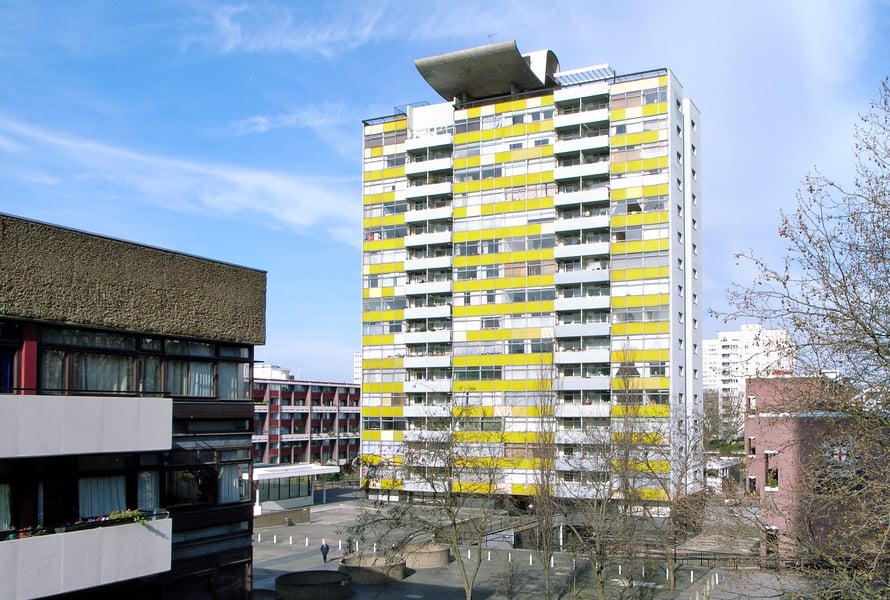 The waking watch patrol at a residential tower block in the City will end after a successful fire alarm proved that alerts were working.

Four security guards had been patrolling the 1960s, 15-storey Great Arthur House to alert residents if there was a fire and help with evacuation.

The service was introduced after last year’s fatal fire at Grenfell Tower in north Kensington.

At first, the waking watch service ran 24/7 at the block on the Golden Lane Estate, but was reduced recently to evenings and weekends.

The authority said it was expensive and would end once fire detection alarms were installed throughout the building. The City of London Corporation staged a practice drill this month to test its new hard-wired fire alarm and make sure everything was working.

Paul Murtagh, assistant director for the Barbican and property services, said the drill was “very successful”.

Residents were warned it would go ahead, he told the community and children’s services committee on 12 October. The waking watch was phased out on 19 October and people living in the tower have been told about the changes.

In May the authority agreed to fit sprinklers in all its five tower blocks, while politicians said they should do everything they could to put residents’ minds at ease.

Mr Murtagh’s team is also going to remove two front entrance screens and doors to put them through “destructive testing” to see how well they resist fire.

One will be put through its paces in its original state while the second will be tested “in an upgraded” condition.

Mr Murtagh said the results would help in deciding what needs doing to the front doors of the block and screens to the flats. His team has already put in smoke detectors and upgraded fire safety signs. These show the new fire evacuation plans brought in after the authority threw out its ‘stay-put’ policy following Grenfell.

At first, residents in the burning north Kensington tower block were advised to remain where they were. A City Corporation spokesperson said: “The safety of our residents is paramount. We have done a lot of work since last year to ensure residents are safe in their homes and to enhance fire safety on our estates. In the past year the City Corporation has moved from three-yearly Fire Risk Assessments (FRA) to an annual independent FRA.

“In addition, all City Corporation tenants are included in a programme of electrical testing and rewiring which includes the installation of new hard-wired smoke/heat detectors.

“As part of its fire door replacement programme, the City Corporation is replacing fire doors to communal areas and upgrading front doors to individual premises to provide up to 60 minutes of burn time across its estates.”