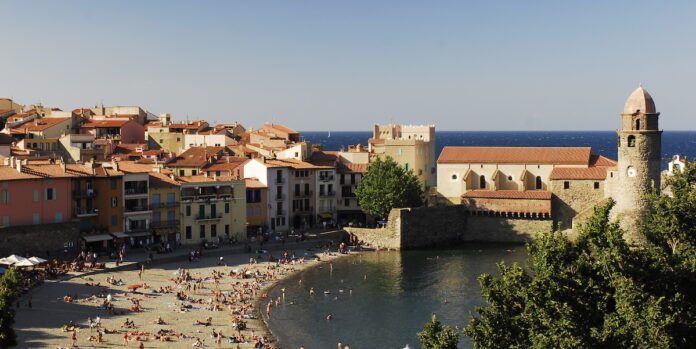 The south of France is known as the yacht filled playground of the ultra-rich, but that’s mostly kept to the Côte d’Azur. It can be great for those who can afford it but can get a little tired. People are wanting more from their holidays nowadays than pure luxury stripped of any culture.

That’s when Collioure steps in. This little village nestled on the border of France and Spain offers up a diverse range of experiences for those seeking more than just a beach and set of Michelin-starred restaurants (although they do have one of them too).

One of the very best reasons to visit this region of France is to experience the mix match of culture and history. Most people identify as both French and Catalan. But it’s far less divisive than those in Barcelona. Here, the two mesh quite harmoniously – in food and drink, architecture, language and art. Follow our guide so you can best take advantage of this unique Collioure charm.

Some of the most influential artists of the early 20th Century used to call Collioure home – most famously the one and only Matisse. This is an enormous drawcard for the town’s tourism with many people flocking to the area just to retrace his steps and see the place and people who inspired his art.

Here, he founded the artistic movement of Fauvism and created some of his most bright and colourful works – mimicking the technicolour homes and streets. Derain, Picasso and Braque even followed Matisse here to gain inspiration.

And the tourism board have catered to this unique aspect of the town by creating an art walking trail through the steep winding streets. You’ll be led to different vantage points which show the same views Matisse painted from back at the beginning of the 20th Century.

But you don’t need to be a fan of Matisse to enjoy the trail – in itself, it gives a great guide to the town, offering up views of the little harbour and churches resting down on the shore below.

Start your exploring at the Royal Castle of Collioure before it gets too hot (the weather here is perpetually warm and sunny throughout the year). The castle located right on the water, jutting out over the cliffs so is the perfect viewpoint.

From there, walk along the pier lined with old fishing boats and a few tourist vessels before hitting the postcard perfect Church of Our Lady of the Angels which lies in the water itself.

Then sneak around the back to find a small island connected to the town via a small foot bridge which has its very own chapel. Right next to it lies another walkway which stretches out into the harbour itself. It blocks off the crashing waves, giving some peace to the boats and swimmers on the shores.

From here, you can see the crystal blue waters, bright coloured homes, the surrounding vineyards which cover the foothills and the all too impressive Pyrenees mountains. Sit here with a bottle of wine while the sun sets and let the views really sink in.

Speaking of wine, you can’t come here without trying out some of the region’s famous tipples. One of the best places to try it all it all out is at the Dominican Convent. This old 13th Century building is now used as a wine cooperative. Small vineyards all around the town sell their grapes to these guys, who turn them into their famous Banyuls wine.

Collioure was also a huge player in the anchovy game back in the day. The economy was heavily reliant upon it before over fishing dried up supplies. But there are still a few spots to get them. If you ask nicely, you can sneak upstairs of the Anchois Roque store in town to watch the women preparing the anchovies by hand.

But while you’re in this Catalonian region, you’ve also got to try out some local cuisine. Fideua is one of our favourites (think paella but with pasta instead of rice). Try it at Derrière le Clocher right on the beach. And, restaurant wise, you’re spoilt for choice. The Michelin-starred La Balette is a classic choice but we prefer La Teranga for some more honest food which celebrates the area’s diversity.