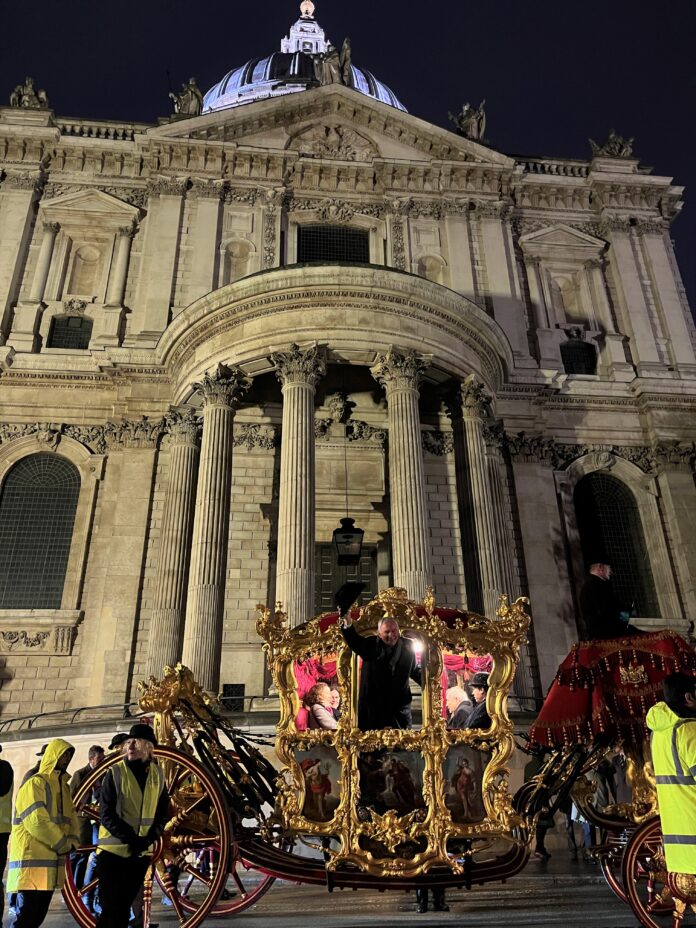 City workers were surprised with a sneak peek of the Lord Mayor’s Show during a pre-dawn rehearsal today.

The Lord Mayor’s golden State Coach grabbed workers’ attention while making its way through the streets around Guildhall, Mansion House and St. Paul’s in the early hours.

With the Square Mile’s most colourful show on the horizon, Lord Mayor Elect Nicholas Lyons was up early to go through timings and choreography with Pageantmaster Dominic Reid. 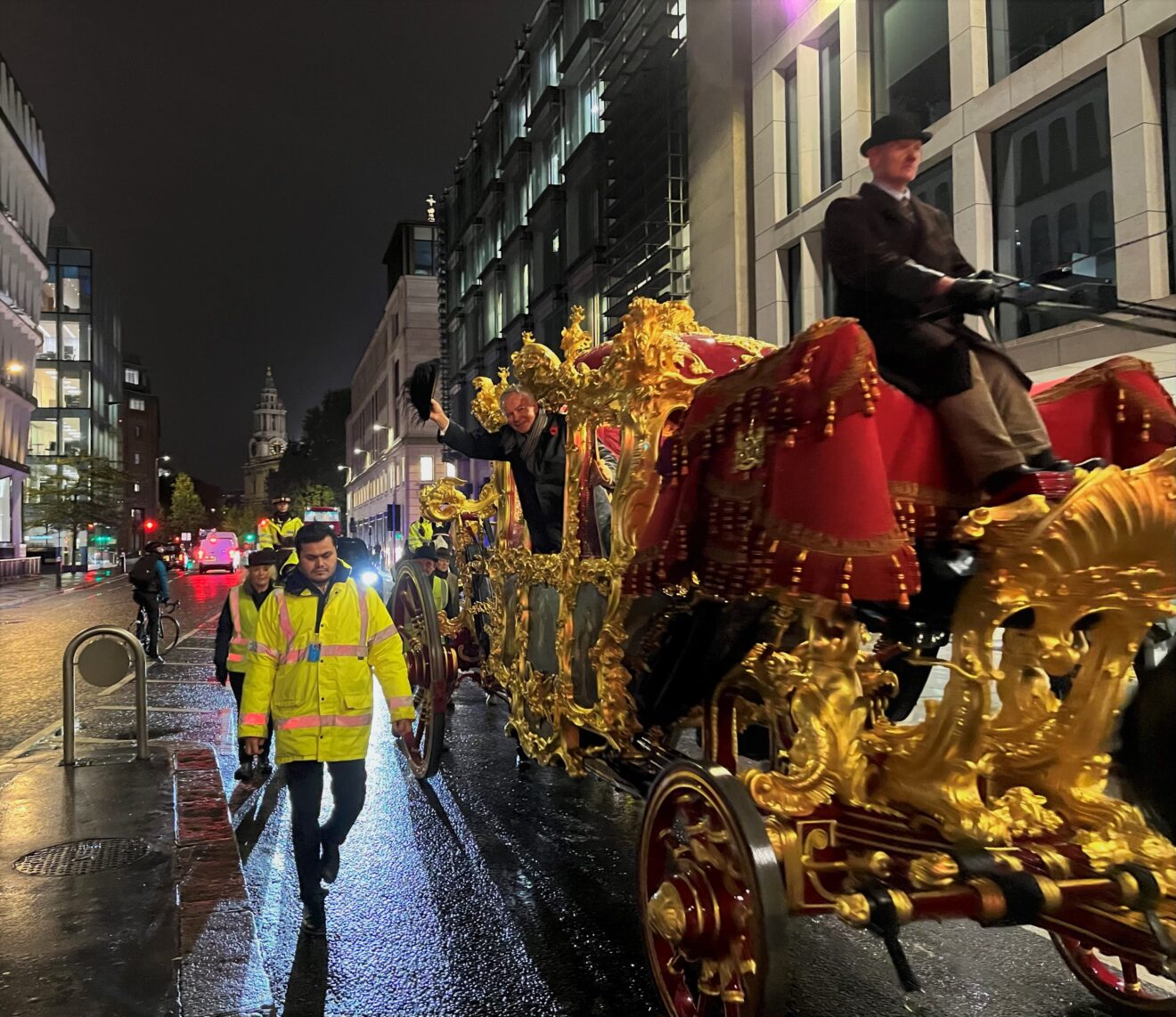 Lyons will take office as the 694th Lord Mayor of the City of London after a ceremony at Guildhall this Friday.

He said: “This morning’s rehearsal is an essential part of the arrangements for the Lord Mayor’s Show in just three days’ time, which will bring together around six-and-a-half thousand people and over fifty decorated floats in a procession that stretches for three miles.

“On Saturday, the sun will be up, the bands will be playing, and the crowds will be lining the streets, so I hope that everyone who saw us this morning will join us on Show day to celebrate London’s diverse communities at this wonderful event.” 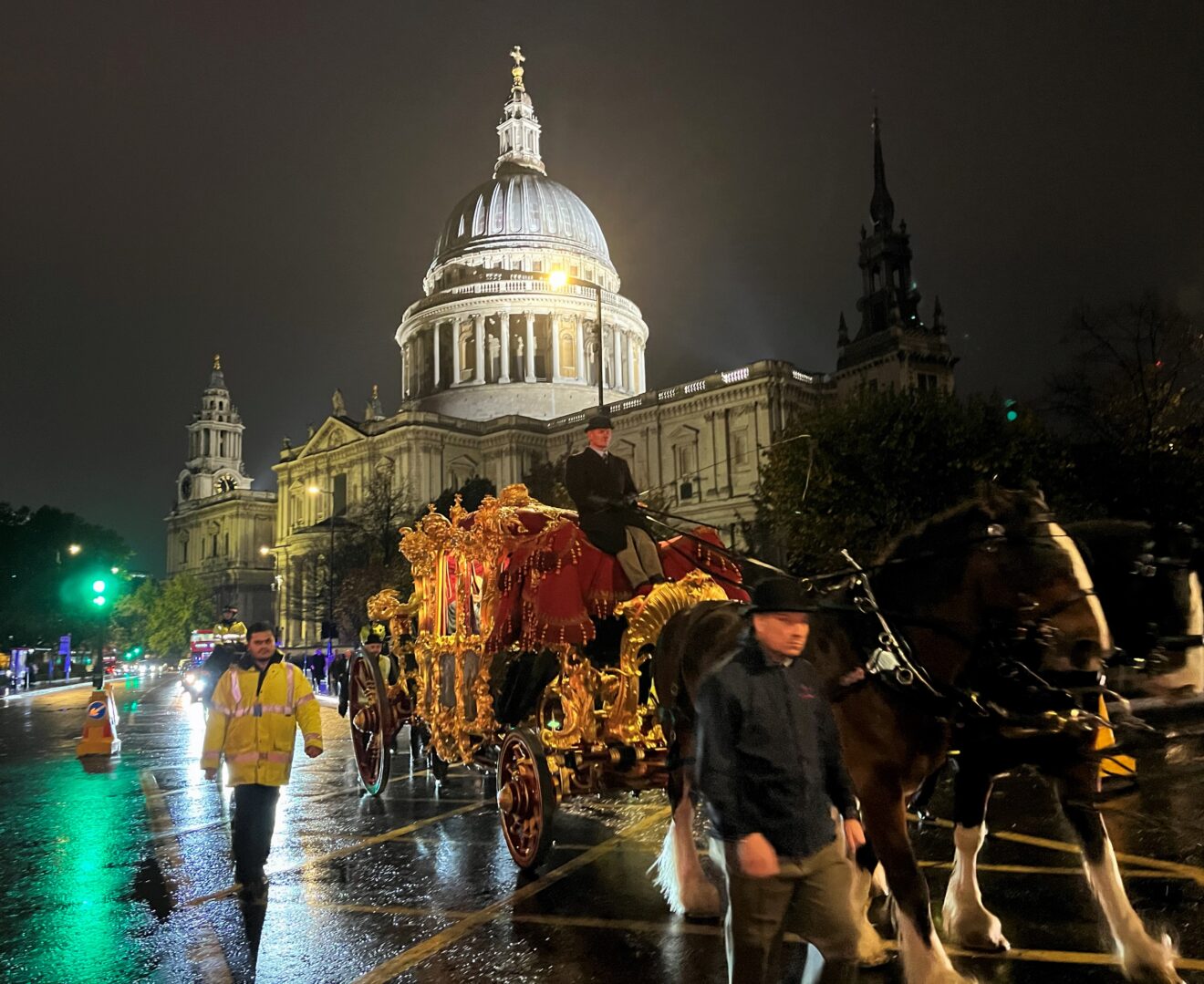