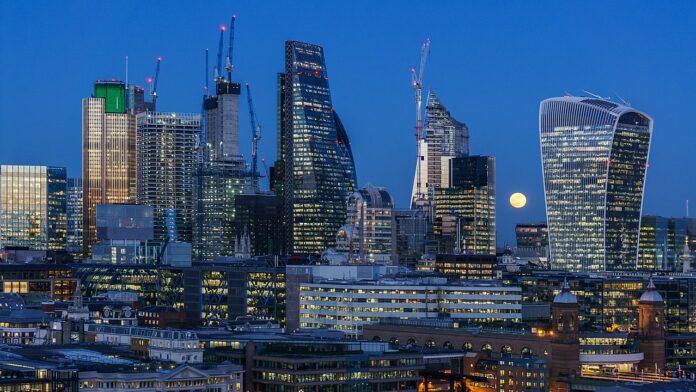 It is known for a cityscape where medieval churches and centuries-old pubs are juxtaposed with towering glass skyscrapers.

But while history’s coexistence with modern life in the City forms both backdrop and centrepiece for a cast of hundreds of thousands of workers and visitors during weekdays, the financial district tends to transform into a ghost-town at weekends.

That is one of the issues City leaders are focused on changing as they look at a five-year strategy to transform the Square Mile to attract more visitors – including outside of work hours – as larger forces like Brexit loom.

A visitor strategy report to City planning and transport committee members on 18 December said the Square Mile’s attractions, shops, bars tended to close on weekends, leaving the streets lacking in bustle, which can feel unwelcoming to visitors.

The City is unique in the Capital as it is busy, but its population is mostly transient – the Square Mile is home to only about 9,000 residents, with most living in the Barbican.

The report focuses on the opportunities and challenges for tourism and nightlife a post-Brexit London presents from 2019 onwards.

It said central London and the City remain sensitive to terrorism and security threats, which meant the Square Mile tended to experience major drops on visitor numbers and led to negative perceptions.

But the report also says the City will grow, thanks to the eventual opening of Crossrail, after significant delays, and the incoming Night Tube expansion.

Those involved in the tourism industry and neighbouring London boroughs were among those consulted on how to plan the City’s visitor strategy for 2019-2023.

The Sky Garden, London Mithraeum, Billingsgate Roman House and Baths, and Aldgate Square and Guildhall Yard were all highlighted as recent drawcards for visitors to the City.

Other efforts in the pipeline such as the relocation of the Museum of London to the old Smithfields Markets site, a new visitor centre at the Monument Piazza, and the forthcoming Illuminated River Project set to brighten the Thames bridges, were also likely to bring more visitors, the report said.

It reveals international sight-seers and British family daytrippers are among the target markets for the City in the future.

Focus should also be on attracting business people and Londoners to come to the City to spend more in its tourism and hospitality offerings, the report said.

Ideas for attracting more people to spend time in the City included improving its riverside offerings, more outdoor events and arts, and attracting people to the sky gardens looking out over London’s views.

One of its proposed new skyscrapers, Sir Norman Foster’s already hotly-debated Tulip, is among the tourism-focused propositions City planners must decide on in future.

The 1,000 ft tower would operate mainly as a viewing platform for tourists, whereas most other skyscrapers in the City hold mainly offices.

Much of the the City’s development has in years past focused on promoting and protecting its office space from competitors Canary Wharf, and European and Asian business nerve-centres, which are rival hosts touting for company headquarters.

Councilman Henry Colthurst told the committee that the financial district’s security had to be a priority of any future visitor strategy.

Councilman Munsur Ali, who said he has lived in the Portsoken ward since he was a toddler, added noise, pollution and threats affected residents too, and he supported any cultural strategy that would help locals enjoy the City more.

London’s visitor numbers are expected to jump to 40.4 million by 2025, with the strongest growth predicted to come from China.