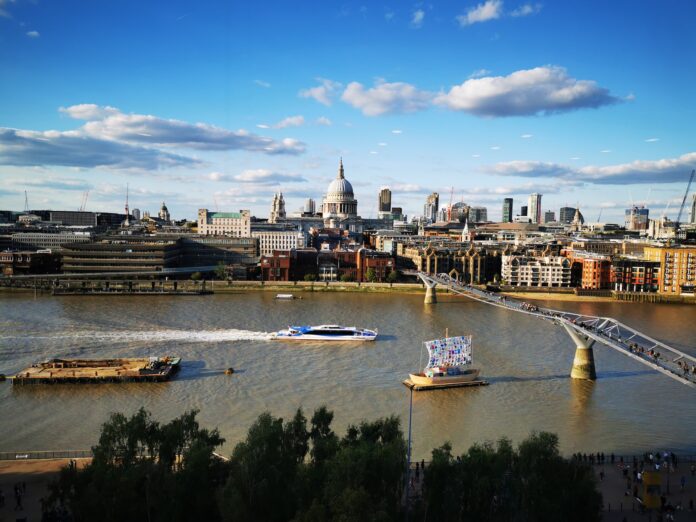 The City of London Corporation has celebrated the 150th anniversary of being the London Port Health Authority – the largest such authority by area in the UK, covering 95 miles of the tidal Thames.

As the London Port Health Authority, the City Corporation is responsible for all port health functions on the tidal Thames.

It covers the ports at London Gateway, Tilbury, Tilbury 2, Purfleet, Thamesport, Sheerness and London City Airport – and over 60 other wharves.

The City Corporation has been the Port Health Authority for the tidal Thames since the Public Health Act of 1872.

The London Port Health Authority was established to help protect the UK from the introduction of cholera and other infectious diseases and to enforce legislation aimed at improving sanitary conditions aboard vessels in ports.

This is a role it retains today by inspecting vessels and being the first point of contact for notification of illness aboard ships and aircraft in its area.

The London Port Health Authority’s main function is imported food and feed control, including products of animal origin and other high risk foods not of animal origin, such as nuts and spices – imported from countries outside the European Union.

The City Corporation is celebrating with an event today at the Museum of London Docklands, which included an exhibition about the river called the City and River and Sailortown.

Chairman of the City of London Corporation’s Port Health and Environmental Services Committee, Keith Bottomley, said: “The London Port Health Authority has played a crucial role in the history of the Thames and the capital. It is at the forefront of our efforts to protect and enhance public, animal, and environmental health.

“This anniversary offers an opportunity to celebrate this heritage and look forward to the next 150 years.

“We are currently reviewing our Port Health Order from 1965, which is in urgent need of renewal to reflect legislative changes, and are pushing for post-Brexit reforms to be implemented in a robust, balanced and proportionate manner.

“The City’s ecosystem is built upon the trade that the Thames has provided. The London Port Health Authority underpins this trade and the health of the capital.”