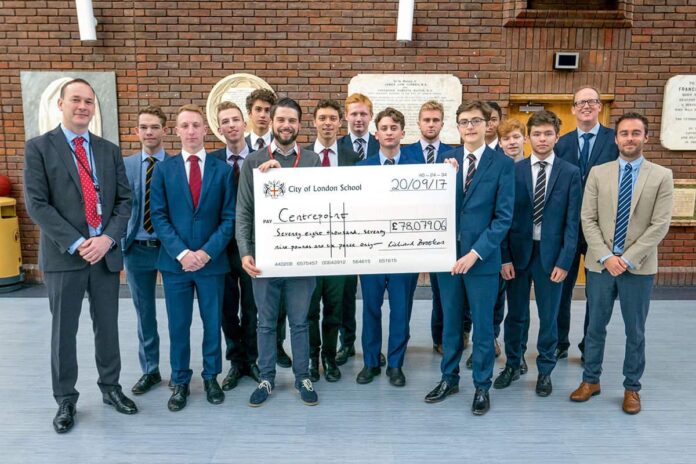 The boys from the City of London School  (CLS) have proven themselves to be a class act once again.

Students have been supporting Centrepoint for the past year, taking on a range of fundraising challenges to rake in more than £78,000 for the charity.

“The incredible total is a testament to the hard work and dedication of boys, staff and parents at CLS,” explained Abe, the pupil chairman of the school’s charity committee. 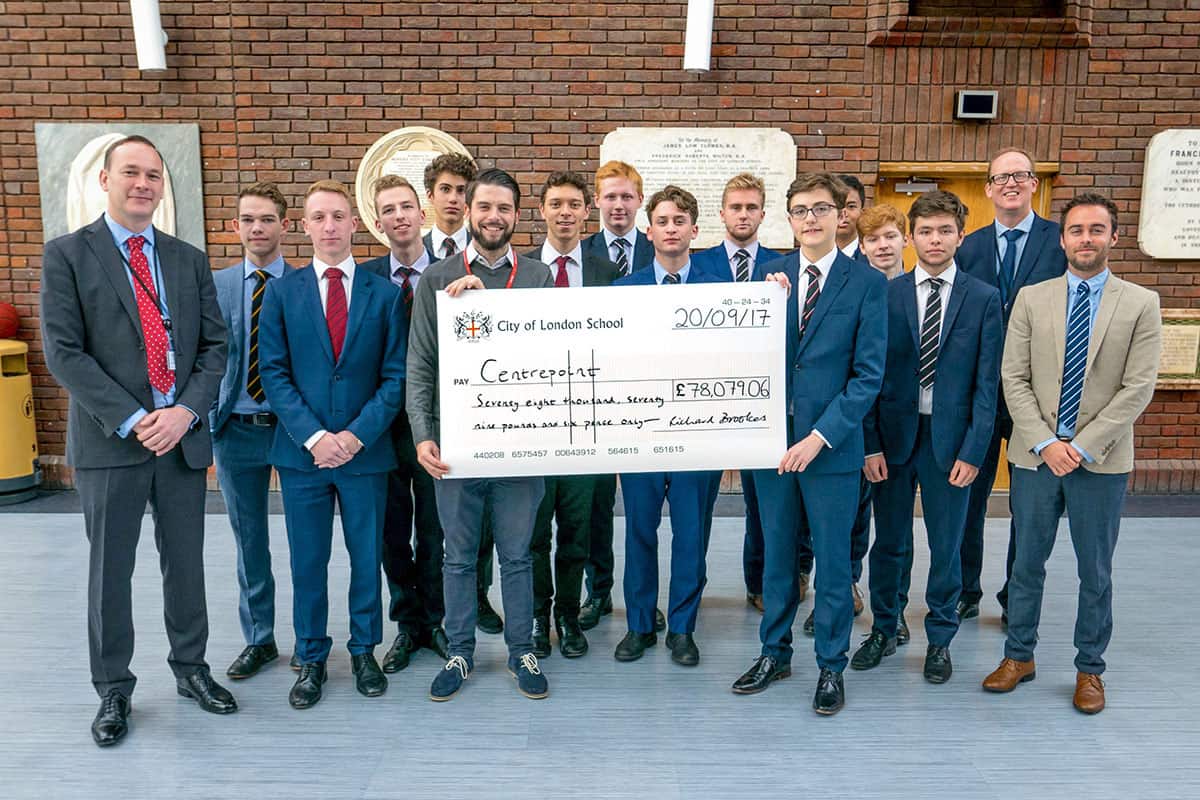 Youngsters supported Centrepoint – a leading charity working to combat youth homelessness – through a packed programme of events, including  a sponsored sleep out, a ‘UniverCity Challenge’, and a rowing marathon.

“Charity epitomises the ethos of the City of London School, empowering us so that we may play a role in improving society,” added Abe, who reserved special for his classmates and one teacher in particular. ”

“There are many people who played a huge role in this tremendous total. Miss Low, as charity co-ordinator, was integral to the year’s success, giving up so much of her time to the charity appeal.

“A massive part of this year’s success is down to the charity committee, who have been incredible – taking time out of their A-level studies to ensure every event was successful.

Abe is confident the charitable work going on over at CLS will continue to flourish and, as he steps down from his post, had words of encouragement for the lads now charged with carrying the school’s legacy forward.

“It has been a huge privilege to serve the school as chair and I wish next year’s committee every success.”