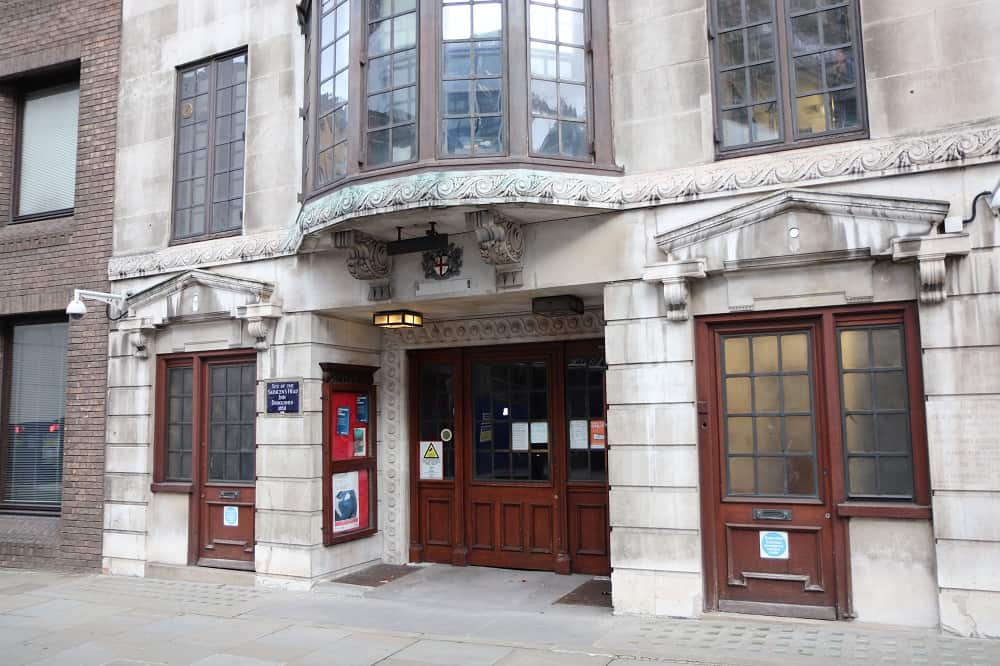 A City of London Police station is set to be transformed into a Premier Inn hotel.

The City of London Corporation has approved plans to transform the old Snow Hill Police Station into a ‘hub by Premier Inn’ hotel.

The Grade II listed building was vacated in 2019 and will be partially demolished and rebuilt to create a 219-bedroom hotel in Snow Hill, Farringdon.

The new hotel will be six to eight storeys high, comprising 6,369sqm of floorspace.

A report by planning officers says seven objections were made against the plans for reasons including the height of the development, its impact on daylight, privacy and overlooking on neighbouring properties, and noise caused by construction.

City of London’s planning bosses voted unanimously in favour of the plans during a meeting on September 21.

Hotel and restaurant company Whitbread, which owns Premier Inn, already runs two hub hotels in the City of London and plans to open the Snow Hill premises in the 2023/24 financial year.

Whitbread hopes the new hotel will attract around 55,000 tourists to the area per year and boost visitor spending locally by £1.3 million annually.

NOW READ: Back to London: What’s happening around the City

The new hotel will also contain a mini exhibition space detailing the history of the building and the surrounding area.

The development site consists of two conjoined buildings built in 1926 – one facing Snow Hill and another facing Cock Lane.

The former City of London Police station block will be refurbished during redevelopment while the Cock Lane block will be mostly demolished.

The new hotel will include cycle parking but no car parking provision and 10 percent of the rooms will be wheelchair accessible.

Supporters of the project said the hotel fits well with the City of London’s Culture Mile scheme, which aims to establish a cultural hub between Farringdon and Moorgate.

Acquisitions manager for Central London at Whitbread Jonathan Langdon, said: “Farringdon is one of the most vibrant locations in London given its proximity to the City and many of London’s most historic and cultural landmarks.

“It’s a prime location for both business and leisure travellers and with the arrival of Crossrail, as well as the creative buzz around the Culture Mile initiative, the demand for hotel rooms in Farringdon is set to increase further.”

Chair of the planning and transportation committee at the City of London Corporation, Alastair Moss, said: “Boosting the provision of much-needed overnight accommodation in the heart of the Square Mile supports the draft City Plan 2036 and is key in realising our vision for a world-leading 24/7 destination.

“Culture Mile is undergoing vast transformation and this development will play it’s part in the look and feel of the initiative with the unique cultural offering reflecting on the unique history of this site.”