Crime has fallen by more than 50% in the Square Mile while detection rates have become “the highest in the UK”, according to the City of London Police.

Alistair Sutherland, assistant commissioner of the force, shared the perhaps unsurprising news during an online residents’ meeting hosted by the City of London Corporation.

With footfall in London’s financial district hugely reduced this year, recorded crime fell by 54 per cent.

“That equates to around 3,000 fewer offences,” Mr Sutherland said.

“My officers have managed to raise our detection rate to the highest in the UK, around 28 per cent of all crimes are being solved with a positive outcome.”

According to the Home Office, a reported offence is classified as “detected” when a suspect has been charged or summoned; cautioned; fined; or had an offence taken into consideration by a court.

He also told the 100+ residents on the online meeting that the Square Mile has been carved up into an East Sector and West Sector, containing 12 and 13 wards. 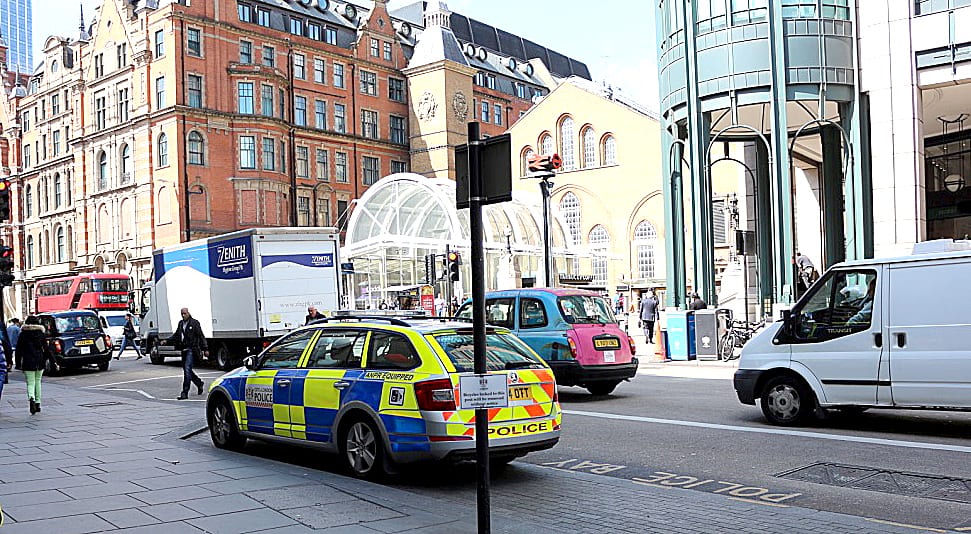 “They are the visible face of policing in the east and west of the city there. We hope that’s a positive step forward,” Mr Sutherland said.

“I hope you have noticed, because I certainly have, the increased visibility of officers on the street since the introduction of that model on [October 19].”

Thirty-two per cent of officers’ time was spent on the Barbican Estate, followed by 24% on the Petticoat Estate; 22% on the Golden Lane Estate; and 22% on Mansell Street Estate.

He also revealed the number of Covid-related fines that have been issued in 2020. A chart showed that: