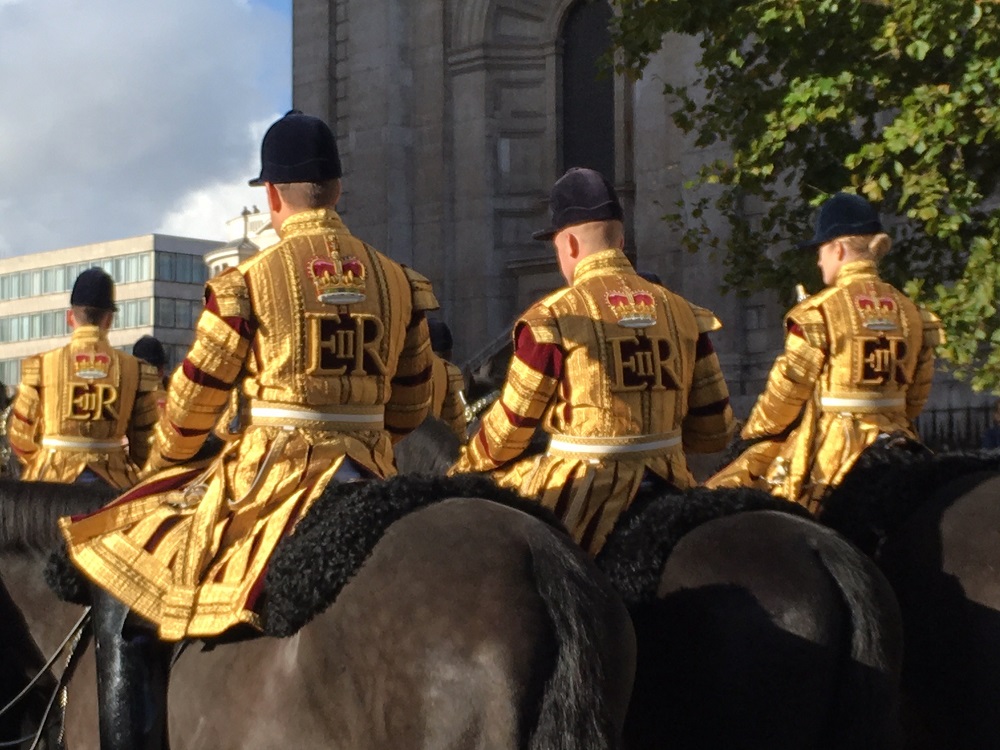 It’s barely missed a show in over eight hundred years but the pandemic put a temporary halt to the Lord Mayor’s Show which attracts millions of viewers.

The annual event involves 7,000 participants from city workers, liveries and charities, 140 floats and 20 marching bands and is held in November.

It traces its origins back to 1215 when King John gave the City the right to choose the Mayor, provided they pledged allegiance to the monarch at Westminster to pledge allegiance. The journey from the City to Westminster grew into a civic procession by the fourteenth century.

By the early sixteenth century it had become a day of public celebration and entertainment.

It was cancelled in the seventeenth century because of the Plague and last year due to Covid-19.

The Show has entertained Londoners for over 800 years. It attracts half a million spectators as the ornate Lord Mayor’s State Coach decorated with gold leaf  travels the three miles from Mansion House to the Royal Courts of Justice on the Strand and  back. Two million people watch it from home on BBC television.

Organisers planned in the hope that the annual event would go on last November.

According to a report by the City Remembrancer Paul Double: “Given the long history of the Show in continuing to take place despite disruption caused by war or other social concerns, the view was taken last year to continue to plan and prepare for a Show in 2020 for as long as possible.”

NOW READ: We must remain vigilant as City of London reopens

But as a worsening public health seemed to loom last autumn, they cancelled the show in September.

It meant they lost income from the show and had to dip into reserves which had built up to cover all its costs.

The City Corporation has been asked to fund the costs from its Contingency Fund in case the show has to be cancelled again.

It has been asked to underwrite the costs so this year’s show can go on.

Once £30,000 reserves are built up again it will be paid the surplus income and the costs the Corporation shoulders to stage the event.

The Show normally earns its income from the fees participants pay, which normally cover the costs and make a small surplus.

However it does not cover the costs of services such as street cleaning, road closures, stewarding and security as well as providing the splendid eighteenth century Lord Mayor’s Coach, which is usually displayed at the Museum of London.

It costs the highways department alone £99,000.

The extra attractions including an Illuminated River installation, evening event at Tower Bridge, and fireworks display are not likely to happen this year, which will also affect income.