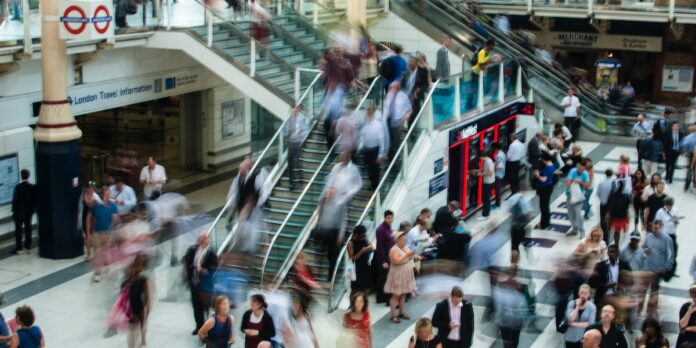 The Trades Union Congress has recently reported that British workers work longer hours than any other country in the EU, clocking up on average 42.5 working hours a week – over 6% more than the EU average.

This is an even greater concern for London-based workers, especially in the City of London, as 94% of financial services workers work beyond their contracted hours on a weekly basis.

Almost half do not even leave the office or take a break at lunch time, opting to quickly eat at their desk instead. Moreover, 20% of those in London financial services industry work beyond their contracted hours by 10 hours or more on a weekly basis in order to cope with their workloads. This is now the norm.

London has also ranked as one of the worst cities in terms of work-life balance, as average time spent at work and commuting by the capital’s workforce clocks in at 10 hours a day. This may not be super surprising data for those who work in the City of London, but this work culture has been directly correlated alongside the high numbers of workers who suffer mental health issues.

The report saw these stress-inducing conditions and the potential for burnout as one factor which is also fuelling a widespread mental health epidemic in London. In conjunction with the rise of widespread mental health concerns in the workplace, there has also been a startling increase in alcohol and drug consumption across the capital, particularly cocaine.

An analysis of waste water by King’s College London in 2019 found that cocaine use has more than doubled in five years, and analysis suggests that one in every 50 Londoners take the drug every single day of the week.

With this in mind, mental health specialists, Smart TMS has commissioned nationally representative research that reveals the extent of the city’s addiction and mental health issues.

They have found that a third (32%) of London-based professionals feel they cannot be honest about their mental health concerns at work for fear of losing their professional reputation or even their job. This only exacerbates the problem for those suffering in silence don’t seek out the help they need until it is often too late.

Additionally, over a quarter (26%) of London-based professionals indulge in vices, particularly smoking and drug consumption, to cope with poor mental health and stress often caused by working such long hours. The same number also say that their lifestyles have become unhealthier and they have consumed more harmful substances as they achieved more professional success.

The higher people go in their career, the more likely the are to turn to drugs and alcohol as coping mechanisms. This research demonstrates a greater need for more mental health provisions in the City to help London’s city workers and residents alike contend with and combat their mental health concerns.

The City of London Corporation does offer several services, including those at the Dragon Café. At present, Dragon Café in the City runs every other Wednesday between 12pm-7.30pm at Shoe Lane Library, providing a unique offering of events that regularly change.

Fortnightly staples of yoga, chess, and free massages, with a variety of workshops and activities are offered but to have just one session every two weeks doesn’t seem to cut it when so many Square Mile workers are suffering.

Gerard Barnes, CEO of Smart TMS which is opening a new clinic in Holborn this year, noted that the “research clearly shows that the current state of Londoners’ mental health is a huge problem.

“More people are feeling pressure at work as a result of demands from their companies and some people are fearful that their co-workers will not understand that they are struggling with their mental health.

“These concerns are almost certain to cause further harm to their mental states and put further strain on the nation’s health infrastructure.

“As such, many are not able to receive the help that they need, which will clearly have negative effects on their mental health.”

But those not wanting to go straight for private health care solutions can sign up as a part of the City of London Corporations Business Healthy initiative. Business Healthy provides an up-to-date library of resources and holds expert-led events throughout the year for City businesses who choose to partake.

Both resources and events provide pioneering information on health and wellbeing best practice, tackling mental health and ensuring a return on health investments.

But it seems to see profits and productivity as the core reason why business should participate in their campaigns. Unhealthy workers are not as productive as healthy ones. That’s how they get business leaders involved.

But, if real and meaningful change is to be made, putting worker’s health at the centre of sustainable business practices is integral. Sadly, the current system of putting profits above everything else is causing real harm to the individuals who support the system itself. Change is needed in the City of London but how that can come about is still unclear.