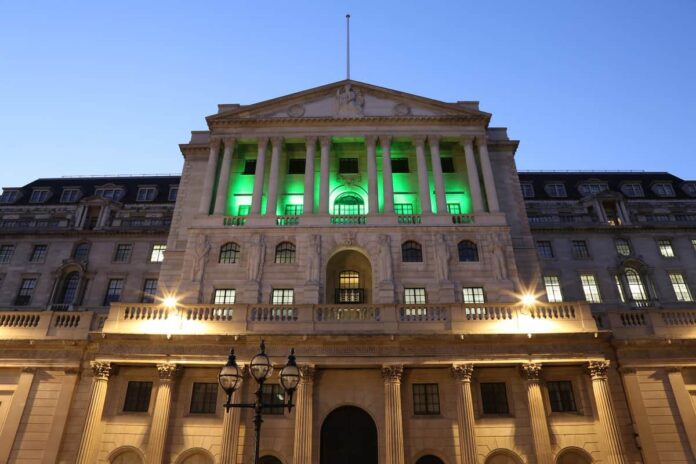 The Bank of England and Mansion House are among iconic City landmarks to light up green this week to help end the stigma surrounding mental health issues at work.

Around thirty buildings around the Capital will flick the switch during Mental Health Awareness Week from 14 and 20 May as part of the Lord Mayor’s Appeal This Is Me campaign, encouraging employees to talk more openly about their mental health and wellbeing.

Almost 200,000 people have thrown their weight behind the City-led campaign, including Mayor Sadiq Khan and senior business leaders who will wear green ribbons to show their support.

The Mayor said: “Around one in four Londoners will experience mental health problems during their lives.

“We’ve launched Thrive LDN – a citywide initiative to improve the mental health and wellbeing of our city. Thrive have partnered with the Lord Mayor’s ‘This is Me’ Green Ribbon campaign, and, together, we want to help dispel myths around poor mental health in the workplace.”

Other buildings that will light up green throughout the week include the Canary Wharf office of bank J.P. Morgan, accountancy firm PwC’s Embankment office, the Cannon Street office of investment company Fidelity International and the National Theatre.

Bank of England governor Mark Carney said: “Lighting the Bank of England green and wearing green ribbons during Mental Health Awareness Week says to colleagues: it’s ok…we know the issue exists and we stand with you.

“Others may wonder why their building is glowing a funny shade of neon and get on google or ask someone. Good. Suddenly, mental health is on their radar and they’re having an open conversation about it.”

Lord Mayor of the City of London, Charles Bowman said he hoped the campaign would help change attitudes towards mental health in the workplace across the whole of the UK.

“Our campaign has grown year on year, we now have hundreds of firms on board and the commitment of many transform their buildings to an emerald green to help raise awareness of mental health.

“Let’s paint the UK green and end the stigma around mental health in the workplace.”