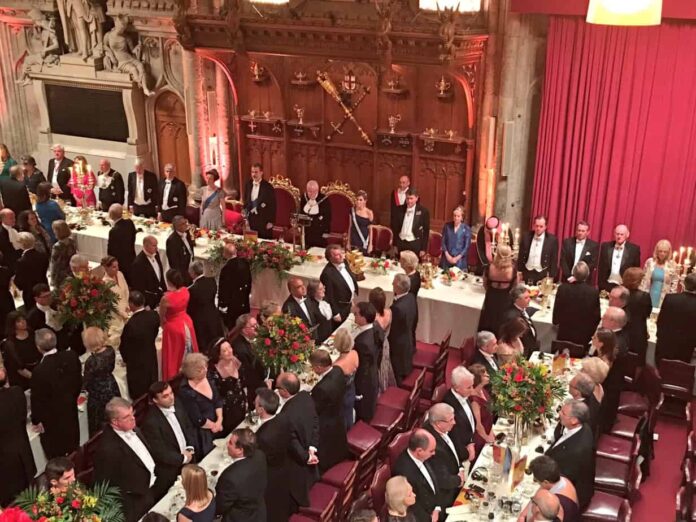 City councillors have voted against paying themselves, but could receive expenses to cover the cost of evening wear for white tie events to improve diversity on the Common Council, according to the results of a members survey released last week.

The Corporation launched a review of its remuneration policy last December, asking members’ views on whether they should receive payment for their services to encourage candidates from a greater cross-section of socioeconomic backgrounds to participate.

The City is one of the only local authorities in Greater London that does not compensate its members for time and expenses incurred while undertaking council duties. City councillors are expected to attend a number of black and white tie functions each year and front the cost of buying or hiring tails or evening gowns themselves, which some have said dissuades locals from standing for civic roles.

According to the survey, 65% of councillors are against remuneration, however just over half welcomed the idea of assistance to cover the cost of buying or renting formal wear for City events and 68% thought the current financial assistance scheme was inadequate.

“There is a clear view from members that we should have a good look at this,” acting policy and resources committee chair Sir Mark Boleat told the meeting on 15 March.

“The last thing we want is anyone to be deterred from standing because of loss of income.”

Councillors in other local authorities are not paid a formal salary but are given allowances to compensate them for their time spent on council business. The City has a members’ financial loss allowance scheme in place to help councillors who suffer financial loss from undertaking civic duties.

Jeremy Mayhew, chairman of the finance committee said there needed to be processes in place for people to feel comfortable seeking financial help, and that there should be provision for confidentiality “so that there’s no aspect of shame”.

“It is clear that it is considered somehow ‘not done’ to apply [for assistance] or that’s the fear and we need to move away from that,” he said.

The committee resolved to form a members’ working group to review the financial loss scheme and improve councillors’ access to assistance.

Anonymous responses in the survey included concerns that members are not representative of local residents, with one commenting: “The diversity of the City should be represented on the Court by a truly representative group of individuals.

“So long as the role is un-remunerated those who live in Golden Lane, Mansell Street and Middlesex Street will be underrepresented.”

Another member wrote: “By not paying members, we are in danger of being accused of running an elitist club for rich members.

“They are effectively doing a full-time job and can obviously only afford to devote that time and energy to such positions if they do not need to earn a living in a normal way.”

Some suggested a small basic allowance to cover expenses with increases for particular officeholders. Others proposed funding additional expenses by cutting privileges like the heavily subsidised Guildhall Club, which cost the City Cash fund £247,492 in 2016/17.

The Chief Commoner’s table and seat in the Guildhall Club pic.twitter.com/EUDbsQD62q

However others suggested that covering dress allowance from the public purse “would be a PR disaster” that should be avoided at all costs.

Although the vote was fairly conclusive on the issue of remuneration, councillors said they would likely review the issue before the 2021 general election.

Dr Giles Shilson, councillor for Bread Street said: “I think the reason that it comes back every couple of years is that we haven’t yet come up with an adequate solution.

“Until we come up with a better idea it will keep coming back up. If we can have a really good crack at it this time then there’s a chance that it goes away.”