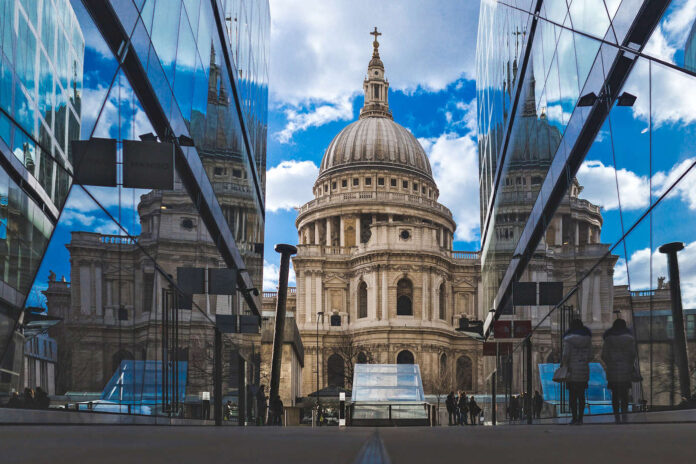 A busy corner near one of London’s top tourist attractions is getting a makeover.

The City of London Corporation is preparing to install a water fountain, plant new trees, and place new seats near the exit of St Paul’s Tube station, which welcomes thousands of visitors on their way to Sir Christopher Wren’s masterpiece every day.

The Corporation is also looking at improving signs so visitors realise the cathedral is “behind you”.

Alderman Alison Gowman said there was a lot of “clutter” near the station and commented that a huge map of the City has been “badly vandalised” and needs repair.

The City has joined forces with the Diocese of London, which looks after St Paul’s, and the Cheapside Business Alliance to come up with the ‘Greening Cheapside’ plan.

It is hoped that it will brighten up the area for tourists who often ask where the cathedral is when they exit the Tube station.

It will include £20,000 towards an architecture competition for a design to give the sunken garden at New Change the Ground Force treatment.

However, the design team has ruled out putting bike stands near the planters as it is very busy and they want to avoid “adding clutter”.

The City’s streets and walkways sub-committee approved the scheme on 22 January, and it will now go to the next Court of Common Council meeting for approval.