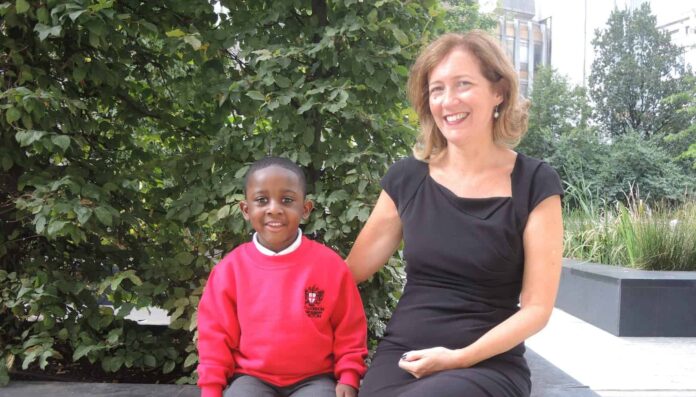 THE headteacher of the City of London Primary Academy Islington (COLPAI) has moved to reassure parents that the school will continue its early successes despite uncertainty around the site of its future permanent home next to the Golden Lane Estate.

The City Corporation’s plans for a 420-pupil primary school and 66-unit social housing block on the former site of the Richard Cloudesley School have attracted the ire of locals, who say the scheme is too dense for the site and will cause substantial harm to the Grade II-listed estate.

No date has been set for the application to be formally considered by planning committees at the City and Islington Council, but consultation processes drew more than 130 objections from residents who want to send architects back to the drawing board for a third time.

The ongoing controversy has raised red flags among some parents, who are concerned further delays to the planning process would throw off the timescale for the project and derail the school’s early progress.

The first school year is well underway for COLPAI’s 41 reception students in their temporary accommodation at the Moreland School in Clerkenwell, where they have a two-year lease on four classrooms, an office and several outdoor terraces.

The plan is to be established in its permanent home by the beginning of the 2019-2020 school year, a move City of London Academy Trust CEO Mark Emmerson maintains they are still on schedule to make.

“We’re planning to be on site when we want to be on site, but it would be foolish of us not to anticipate that there might be delays and prepare for that,” he said, though did not elaborate on any contingency plans should the project run beyond its projected timeline.

“We’re not in control of the planning process, we’re the educators, and so we are all about ensuring that whatever contingencies we have – and we’ve got a few things we’re looking at – that those provide opportunities for the best quality education, as we’ve started off.”

“They’re happy, they tell us they’re happy, and they’re learning really fast,” she said. “Our parents are very discerning and it’s not just about being happy, they see that there’s really high quality teaching and learning, there’s enrichment, they see the high calibre of the staff.

“An outstanding school is about the staff, the relationships, the ethos, the values, and that will happen if you have really good strong leadership – it’s not about the building.”

Georgia Dehn, who lives locally and has a four-year-old daughter enrolled at the school said she was “hugely impressed” with the ethos and teaching, but added the strength of the campaign against the plans was cause for concern.

“I’m also very grateful for the amount of time all the teachers, and especially the head teacher, have for listening to parent input. It feels very collaborative,” she said.

“I understand that there are a high number of objections and of course I am concerned. It is a tragedy to think that the school’s future feels threatened by continual delays in the planning process.”

The Golden Lane Residents’ Association (GLERA) said it is not against development on the site, but demands a lower density design more in keeping with the existing estate.

Others residents called into question the need for a school in the area, a suggestion shut down by parents who maintain places in non-religious schools in the area are “restricted and oversubscribed”.

In her letter of support for the application, Jessica Gladstone said: “The education and rights of the children in this community must be given top priority.

“It is really important that the grant of this permission is not delayed further. If there is more delay to the construction of the school, this will be a massive interruption to the stable environment and education of the children who have already started and settled in COLPAI.”

Mr Emmerson said there was no real question that a primary school “most probably this school” will be on the site, and that the issue is timing.

The Trust is currently awaiting the outcome of an application with Hackney council to build its Shoreditch Park academy on the current site of Britannia Leisure Centre.

The school is currently being housed a temporary building in Haggerston, but objectors to the scheme have said the pressure to get students into a permanent building is being used to justify a larger project to develop the site further with tower blocks of units.

“We are in charge of running the schools and making sure that the parents are confident, that the children are confident that whatever happens and whatever delays there are, that we’ll be able to manage that.”