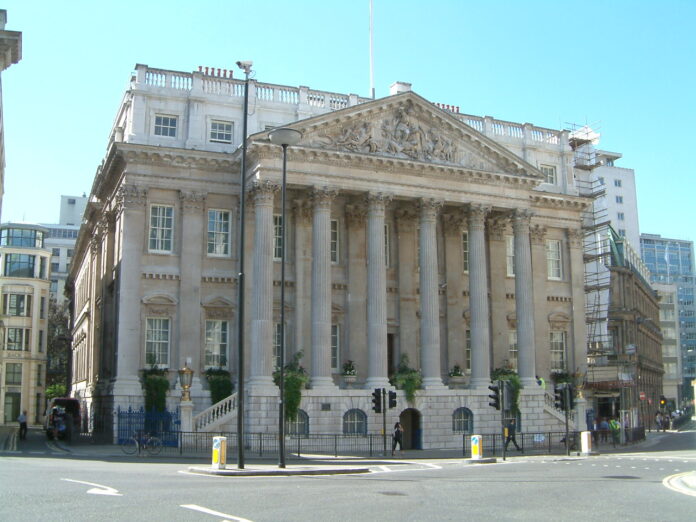 Cities of London & Westminster MP Mark Field has been suspended from his post in the Foreign Office.

The suspension was announced after a video surfaced of Mr Field confronting a Greenpeace protester who had interrupted a speech by Chancellor Philip Hammond at Mansion House on 20 June.

Footage of the incident shows Mr Field pushing the female campaigner before marching her out of the black-tie banquet with his hand on the back of her neck.

Earlier in the evening other members of Greenpeace, wearing red dresses and sashes bearing the message “climate emergency”, had interrupted Mr Hammond’s state of the economy address to financial industry leaders.

The MP has since apologised for the incident and said in a statement on his website: “A major security breach occurred at the dinner I attended last night when a large number of protesters suddenly and noisily stormed into Mansion House.

“In the confusion many guests understandably felt threatened and when one protester rushed past me towards the top table I instinctively reacted. There was no security present and I was for a split-second genuinely worried she might have been armed.

“As a result I grasped the intruder firmly in order to remove her from the room as swiftly as possible. I deeply regret this episode and unreservedly apologise to the lady concerned for grabbing her but in the current climate I felt the need to act decisively to close down the threat to the safety of those present.”

Janet Barker, the person grabbed by Mr Field, told the BBC that she does not think the MP’s actions amounted to criminal assault.

She said: “I want him to reflect on what he did and not do it again. Maybe he should go to anger management classes.”