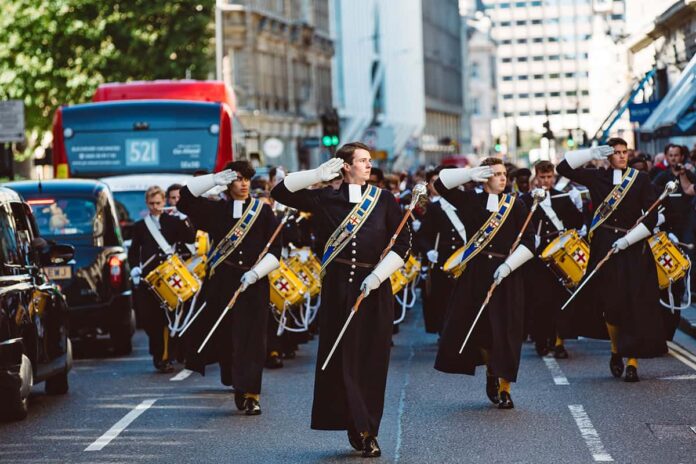 SENIOR pupils and musicians from Christ’s Hospital marched through the City’s streets on Friday to celebrate St Matthew’s Day and the school’s near 500-year-old connection with the Square Mile.

Following a service at St Sepulchre-without-Newgate – hosted by Bishop of Lewes Richard Jackson – more than 400 pupils in Tudor uniform, led by the school’s band and escorted by mounted City Police, paraded from the church to Guildhall.

On arrival they were presented with largesse (a coin fresh from the Royal Mint) by Lord Mayor Dr Andrew Parmley. 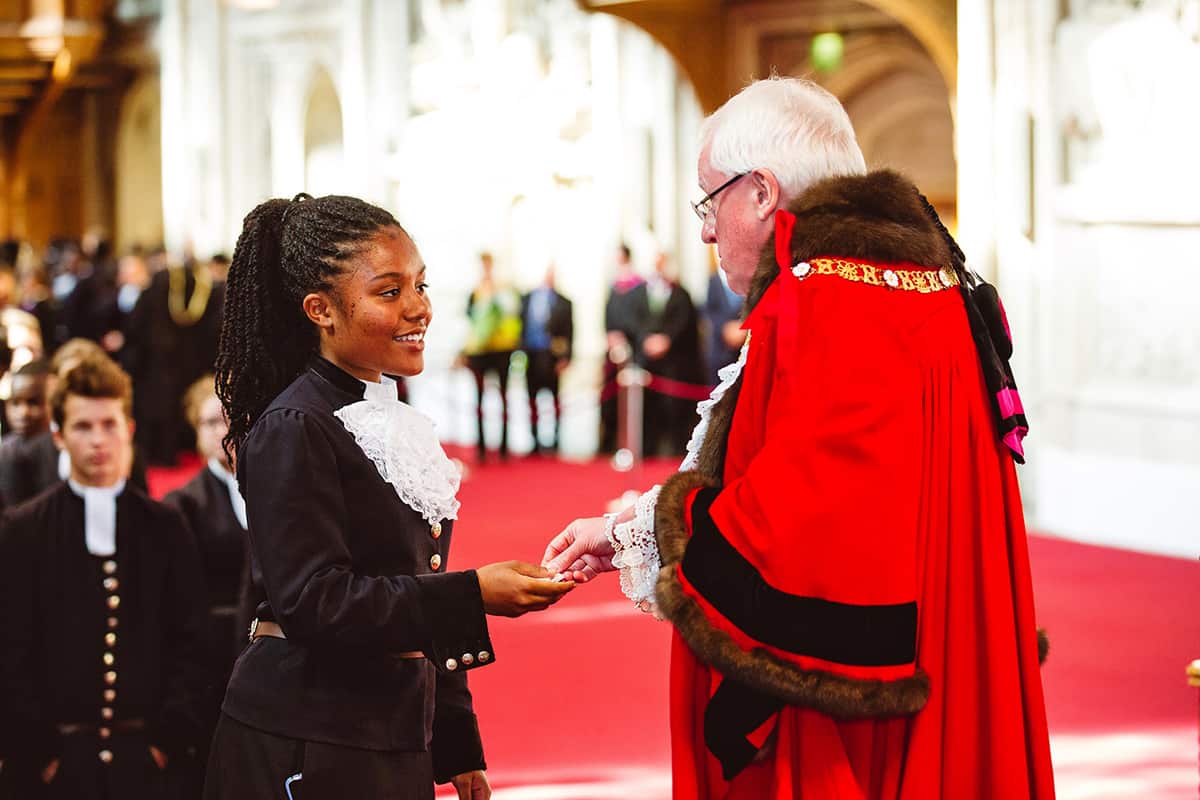 Christ’s Hospital was founded in the City by King Edward VI in 1552, and was established through the generosity of the Lord Mayor of the day as well as numerous local benefactors.

Originally set up to educate children of London’s poor, the school moved to West Sussex just over a century ago and still continues its mission; three-quarters of boarders receive significant fee assistance and many of the pupils who attend come from the Capital. 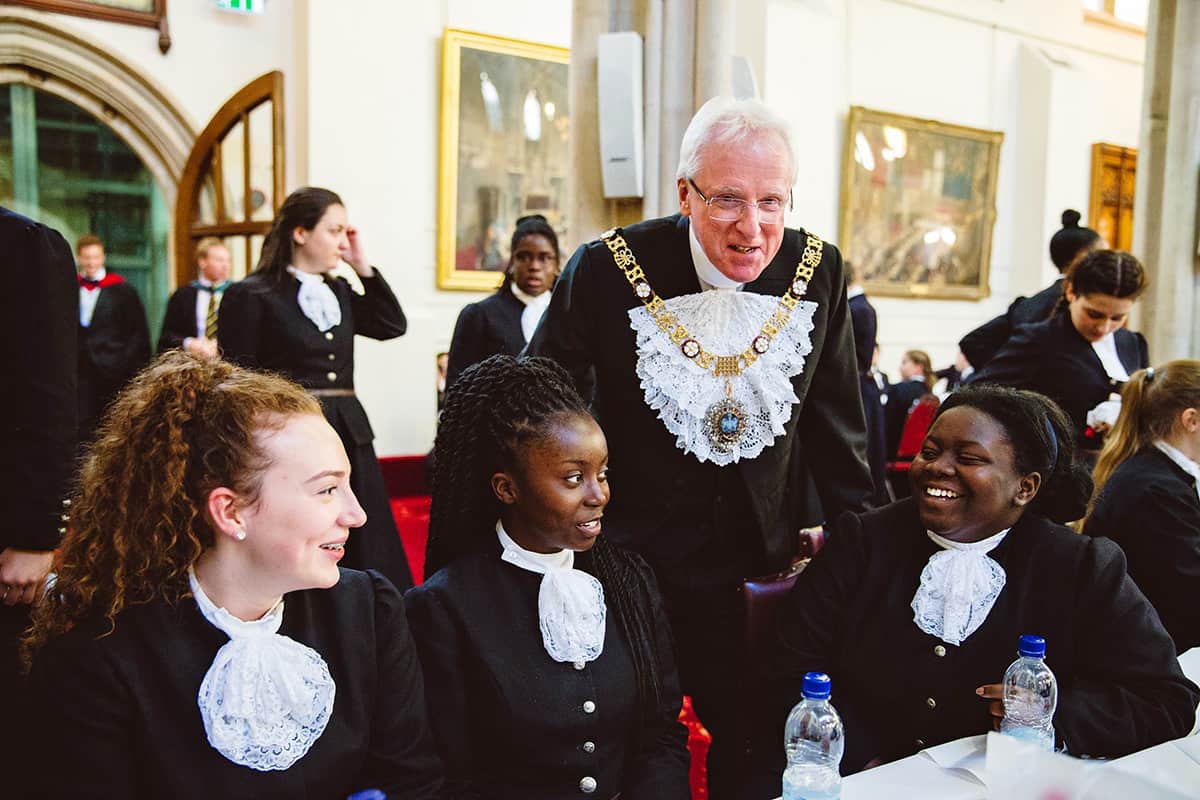 One of the highlights in the calendar, historically, St Matthew’s Day was the day on which the governors of Christ’s Hospital were elected.

A ceremony to mark this tradition still takes place at the end of the annual church service when the clerk presents a list of governors to the Lord Mayor.

The documents are then placed for safe keeping in the City’s archives.