The first ever Freedom of the City of London ceremony to be conducted ‘virtually’ will take place on Tuesday (12 May) at 10.30am for Captain Tom Moore, the 100-year-old Second World War veteran who raised nearly £33 million for the NHS. The ceremony, which is usually...

The first ever Freedom of the City of London ceremony to be conducted ‘virtually’ will take place on Tuesday (12 May) at 10.30am for Captain Tom Moore, the 100-year-old Second World War veteran who raised nearly £33 million for the NHS.

The ceremony, which is usually held at Guildhall for invited guests only, will be conducted via Microsoft Teams and streamed ‘live’ on the City of London Corporation’s YouTube channel.

Launched on 6 April, his initiative, ‘Tom’s 100th Birthday Walk for the NHS’, involved completing 100 laps of his garden to raise £1,000 for NHS Charities Together, which supports staff and volunteers caring for COVID-19 patients.

The target was reached on 10 April and after gaining widespread media attention, the amount on Captain Moore’s JustGiving fundraising page climbed dramatically every day, closing at £32,796,405 on his birthday on 30 April.

Captain Tom Moore said: “I am deeply honoured to be granted the Freedom of the City of London. I remain humbled by the love and gratitude that I have received from the British public, and this honour is something that I will truly value for the rest of my life.”

One of the City of London’s ancient traditions, the Freedom is believed to have begun in 1237 and enabled recipients, who were also required to join a Livery company, to carry out their trade.

Mr Russell said: “My colleagues and I were touched greatly by Captain Moore’s inspirational efforts to support the NHS and impressed by his remarkable achievement, his commitment to this cause, and the sheer generosity of his supporters.

“Captain Moore is a credit to this country, and we are absolutely delighted that he accepted our invitation to receive the Freedom of the City of London.” 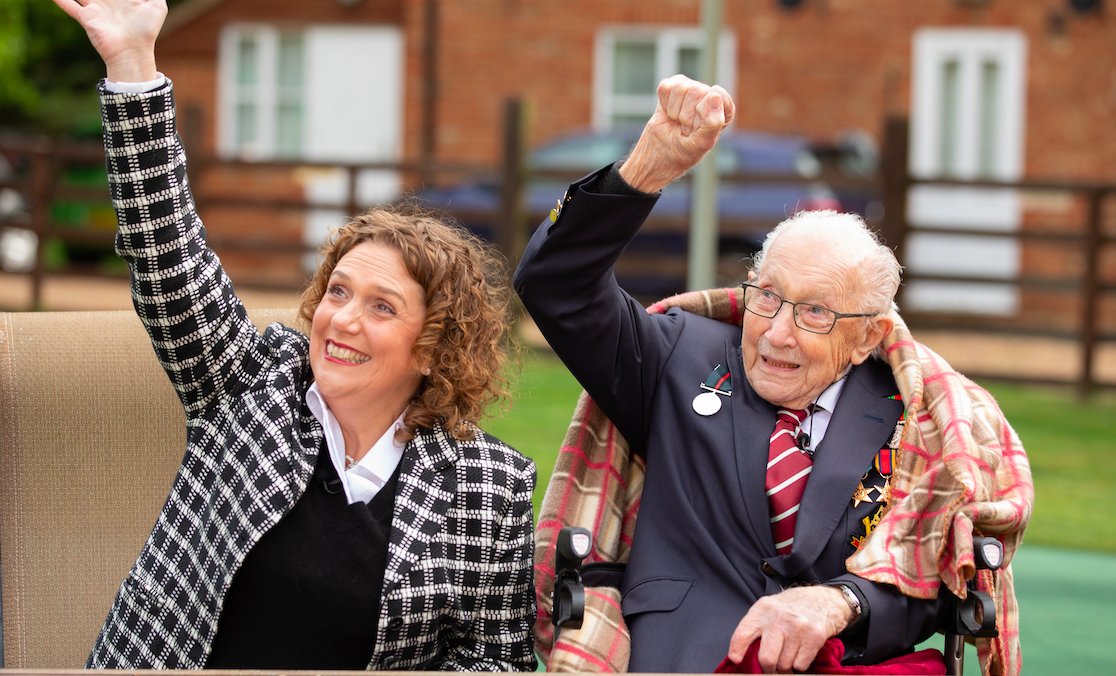 Ms McGuinness added: “I am very happy to send my warmest congratulations to Captain Moore on his admission to the Freedom, which we are, quite literally, making a virtual reality.

“The staggering amount of money that he has raised for NHS charities will support their difficult and vital work in these challenging times.”

Among the many birthday tributes paid to him, Captain Moore was awarded the title of honorary colonel by Sir Mark Carleton-Smith, Chief of the General Staff; given an RAF flypast; and sent a personalised birthday card by HM the Queen.

Dr Peter Kane, Chamberlain of London, said: “It will be my privilege to conduct Captain Tom Moore’s ceremony, mindful that this extraordinary gentleman will now be making headlines in the City of London for taking part in our first ‘virtual’ ceremony.

“As well as being nominated for, or applying for, the Freedom, it is also offered by the City of London Corporation to people as a way of paying tribute to their outstanding contribution to London or public life or in this instance, to celebrate a very significant achievement.”