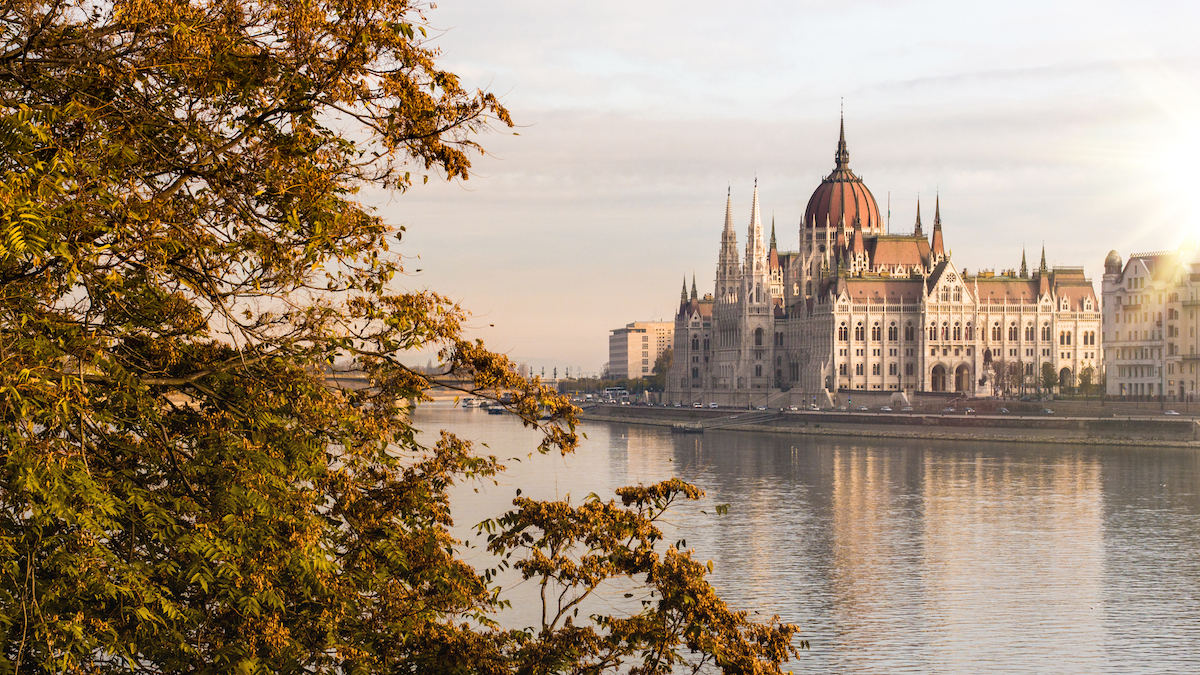 Budapest is the perfect travel destination for history buffs, lovers of architecture, foodies and those wanting to truly treat themselves without spending a fortune – no one leaves here wanting more.

Among the hills of Buda you find the Castle district full of palaces, museums, churches and, of course, castles aplenty. You’ll also get some impressive views across the Danube river which bisects the city.

From here, you see the flat Pest district where the Jewish Quarter’s ruin bars reign supreme and most of the spas exist, each taking advantage of the area’s natural hot springs.

Few modern languages fall under this branch, but even those which do sound completely different from Hungarian.

Even if you consider yourself a well-travelled language lover, you’ll almost certainly struggle here. Try your best, but don’t get too caught up in trying to pronounce things properly. Focus on enjoying all the exciting Budapest offerings instead.

This kilometre-long limestone plateau towers 170m above the Danube river and is the perfect place to begin when visiting Budapest.

There are countless spots to catch remarkable views over the entire city, giving tourists the perfect lay of the land. Get a good idea of how the city is laid out while gawking at all the stunning collection of architecture around you. The whole area is regarded as a Unesco World Heritage Site, but the most striking building is Buda Castle.

It dominates the skyline with its Baroque features and enormity. It was once home to the royal families but now houses the Hungarian National Gallery and the Budapest History Museum.

A tour inside is always recommended to those who have the time, however, a tourist favourite includes a short walk along the famous Fisherman’s Bastion. It is one of the most photographed places in Budapest because of its spectacular views and fairytale turrets and spires.

And while you’ve made the effort to scale Castle Hill – most people reach it via the funicular – be sure to visit the Castle Garden Bazaar. Wander about the renovated pleasure park as you head down to the Danube to explore more of the capital.

The complex is comprised of over a dozen neo-Gothic and neo-Renaissance structures, including a theatre, convention centre and, in both the Southern Palaces and the Guard’s Palace, large galleries with cutting-edge exhibitions.

Be sure to check out the city’s long list of festivals before visiting as there’s almost always something going on around here within the arts and culture scene.

Budapest is often referred to as the ‘City of Spas’ thanks to the natural warm spring waters under the city which have fed many great thermal baths for centuries.

Széchenyi Baths is the most famous of these; it boasts 15 thermal baths, each with different temperate and mineral properties, as well as three large swimming pools and several different saunas, steam rooms and ice baths. During the day, you’ll find old men wading in the water, playing chess while plenty of tourists swim around them. You could easily spend an entire day here, pruning up in the different pools.

During some evenings, the Széchenyi Baths turn into a totally bizarre party palace. As the sun goes down, the booze starts flowing and different DJs play their sets throughout the complex. It’s extremely popular for young travellers but can seem a little garish to others.

Visitors to Budapest can also try out the Art Nouveau Gellért Baths to see some of the most beautiful indoor swimming pools in the city.

Elsewhere the Lukacs Baths are the most visited by Hungarians, so if you are a tourist who wants to mingle with the locals, this is your best bet.

A night out in Budapest has got to start in some of the Jewish Quarter’s ruin bars.

These drinking spots popped up in old buildings abandoned after the Second World War when tens of thousands of local Jewish people were deported.

The entire area had fallen into disrepair until the early 00’s, when Ábel Zsendovits and his friends turned a condemned building complex on Kazinczy Street into the legendary ruin bar which still exists today. Szimpla Kert became an oasis for young bohemians who wanted cheap booze in a creative space.

Now, countless other ruin bars have popped up in the area, including Anker’t, Instant & Fogas Ház, and Racskert. Spend the night hopping from one to the other to experience a more modern part of the city, which exists within the old.

The Jewish Quarter is well worth a visit during the day too. Hit up the Great Synagogue which is the world’s largest Jewish house of worship outside New York City.

It has both Romantic and Moorish architectural elements and houses the Hungarian Jewish Museum & Archives and the Holocaust Tree of Life Memorial which presides over the mass graves of those murdered by the Nazis. Here, you’ll get to better understand the darker side of Hungary’s history (and that of Europe in general).

But before all this, Budapest was ruled by the Turks, Romans and Celts. Everywhere you go in the city you’ll come across relics of the past. We suggest visitors get a tour guide to help them contextualise all the incredible sights scattered throughout.

Only then can you really understand the importance of Budapest, and why what you see today is so impressive.