A recent City émigré has turned to alcohol… but not in the way usually associated with the gruelling stresses of the Square Mile. No, instead Polish born Przemek de Skuba has focused his efforts on fulfilling a long-term dream of distilling his own vodka brand – and it is now on the market with a Brexit twist.

“Brexitovka has been long time coming,” said Mr de Skuba, who until November was making his way as an economist in the City. “I’ve been thinking about making my own alcohol for a few years, and following changes to regulations and having witnessed how local gin distilleries have sprung up, I sensed a niche for a new vodka. 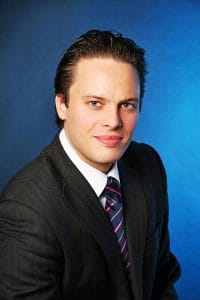 “In Britain we drink a lot of it but don’t get that many British brands.” Mr de Skuba says his product, which was launched in February and carries the slogan “Celebrate independence or drown your sorrows in style”, is very much meant to be a tongue-in-cheek nod to the divisive Brexit vote.

It was even launched at a UKIP conference to the likes of Nigel Farage, despite Mr de Skuba himself defecting to the Conservatives from the party following the EU referendum. He says it was only shortly before the drink’s grand unveiling that he settled on how to brand it, and that he took inspiration and confidence from traditions in his homeland.

“It happened towards the end of the year when I began thinking of how to package it,” he said. “You get ‘occasion’ vodka in Poland and it is quite normal – it creates a bigger range and differentiates the product. “I thought why not see if that line of thinking would apply here with a vodka dedicated to Brexit.”

And according to the man behind Brexitovka the take up has been steady since its launch. “It’s actually been really good. I think it was symbolic to have it first go out to the world at a UKIP conference, with all the top guys there.

“Interest has been picking up all over the country since then.” Mr de Skuba says his early success can be attributed to a wider trend that has seen a swell of support for independent distilleries. Indeed, he firmly believes now more than ever that customers are seeking to give the alternative offering a try and leaning further away from established brands.

“I believe there is a big market for local vodka because of the expansion of local craft spirits and beers – clients want to drink local products. “The only known premium English brand is Chase vodka, of course. But despite a very high and growing consumption rate here in the UK most of the vodka (unlike gins and whiskies) is imported.

“I want to help change that. I think we are perfectly capable of producing great vodka here “There is no reason why the British clients shouldn’t choose British vodka over foreign imports, provided it is as good or better, just as they pick London gin or Scottish whisky.” Brexitovka is currently crafted by Archangel Distilleries in Norfolk, interestingly enough also run by City émigrés.

But with grand expansion plans Mr de Skuba wants to make sure his product is sipped all over the country. He concluded: “I also look forward to exporting this vodka, perhaps even taking it to Poland.” brexitovka.com