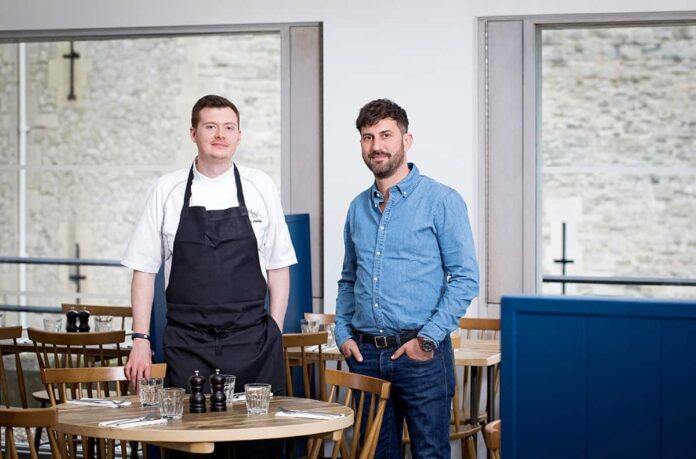 IT makes sense that Sargeant’s Mess, a restaurant sandwiched between two of London’s most iconic landmarks, would place its stock in traditional British cuisine.

Tourists get off the Tube at Tower Hill for the bridge and the tower, so why not make them stay for the fish and chips?

There’s a sunny terrace attached to the restaurant that, when decked out properly with the requisite gardens and greenery, should attract after work drinkers from office blocks across the river like moths to an Instagram opportunity. So far, so standard. But the curveball here is the chef chosen to run it.

Mark Sargeant certainly isn’t lacking in accolades; far from it, in fact. The 1996 Young Chef of the Year worked under Gordon Ramsay, winning three Michelin stars as head chef at Claridge’s in the early noughties.

He now runs four restaurants and gastropubs in Kent, including the award-winning Rocksalt in Folkestone, as well as overseeing the menu at the revamped Great Northern Hotel in Kings Cross.

So how does a CV of this calibre end up in the kitchen of what could conceivably end up as a poshed up tourist trap at the foot of Tower Bridge?

“This isn’t what I’m known for,” he agrees, gesturing at the camera-toting hoards gazing up at London’s most iconic river crossing.

Sargeant, by his own admission, is not trying to reinvent the wheel, rather make an example of what can be achieved with produce and presentation.

“I wanted the restaurant to be the antidote to the tourist trap, but we’re not really trying to hit that real foodie crowd either.

“It’s just classics done well – good pub grub with enough of a twist to make it a destination for locals.”

Certainly these ‘twists’ are subtle when it comes to the starters; a series of pâtés, preserved meats and pickled sides. Smoked mackerel with pickled cucumber is pleasant enough if you like it fishy, but a meaty, nutty haggis scotch egg is the standout.

We take a punt on one of two vegetarian options, a red onion and Gruyère tart, which turns out to be the winner.

Drizzled in a flavour-packed walnut and basil pesto and accompanied with a celery, chicory and apple salad, it’s the perfect light summer lunch. The all-important cod and chips arrive with the weight of expectation – Sargeant’s Smokehouse has a reputation for the best posh fish and chips in Folkestone – and do not disappoint.

The batter is light and well-seasoned, the cod is flaky and pearly white, and the chips, while slightly under cooked for our table’s taste, strike the perfect balance between crunchy and fluffy.

The only letdown was the mushy peas, a bit greying and flavourless but largely inoffensive. In short, certainly worth sticking around for.