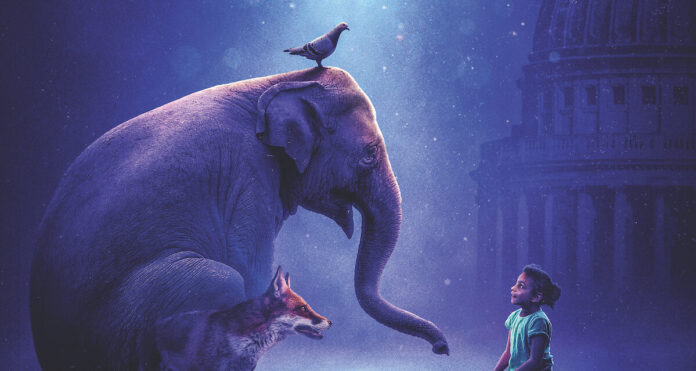 The Museum of London, in partnership with the Guildhall School of Music and Drama, is redefining what educational exhibitions should look like with their new Beasts of London experience.

There are so many more engaging ways to learn about history and science than by walking through a large room full of artefacts with long detailed descriptions stuck on to the walls behind them.

These days, we’re more engaged with a fleshed out narrative. Digital storytelling can be even better too. And Beasts of London is using just about every trick in the new playbook to create a fully immersive and interactive museum experience about London’s long and rocky relationship with animals.

Curators have enlisted a huge army of creative experts and students to bring this somewhat experimental exhibition to the masses.

Visitors will begin their journey in a time before the City of London came to be, and be guided through to the present by a variety of animal narrators.

Each episode will tell the story of the Capital from an animal’s perspective and highlight iconic moments in the city’s history, such as the arrival of the Romans and The Plague. Rats, cats and bacteria will each fight over who caused The Plagues, blaming one another within an old apothecary. They’ve really gone into a lot of effort to create fun and informative stories throughout the maze-like space.

For even though each section is inspired by objects in the museum’s collection, they don’t take the main stage.

It’s all about the digital animals and their stories. Some of them are even voiced by celebrities.

Kate Moss will be voicing your garden variety fox alongside Brian Blessed, Pam Ferris, Nish Kumar, Stephen Mangan, Angellica Bell and Joe Pasquale, who are playing a host of other creatures.

Lauren Parker, senior commissioning curator at the Museum of London, said: “Animals have played a vital and fascinating role in shaping the city we live in and we’re excited to welcome families and adults alike to our new immersive animal kingdom in April 2019.

“This is the first time the Museum of London and Guildhall School of Music & Drama have worked together in this way, and by using cutting edge technology we will be able to create a visually arresting world which will present an alternative and fresh insight into London’s rich past.”

Dan Shorten, creative director for Beasts of London and video projection lead at the Guildhall School, added: “We are delighted to be working with the Museum of London to bring to life the story of animals throughout history in London and its streets using the latest video mapping technology.

“Video design is a fast-growing area of the Guildhall School’s work, and our production artists are regularly engaged for high profile public facing work.

“We can’t wait to animate Beasts of London in an immersive and spectacular way.”

Beasts of London at the Museum of London, in partnership with Guildhall School of Music & Drama, runs until 5 January 2020.