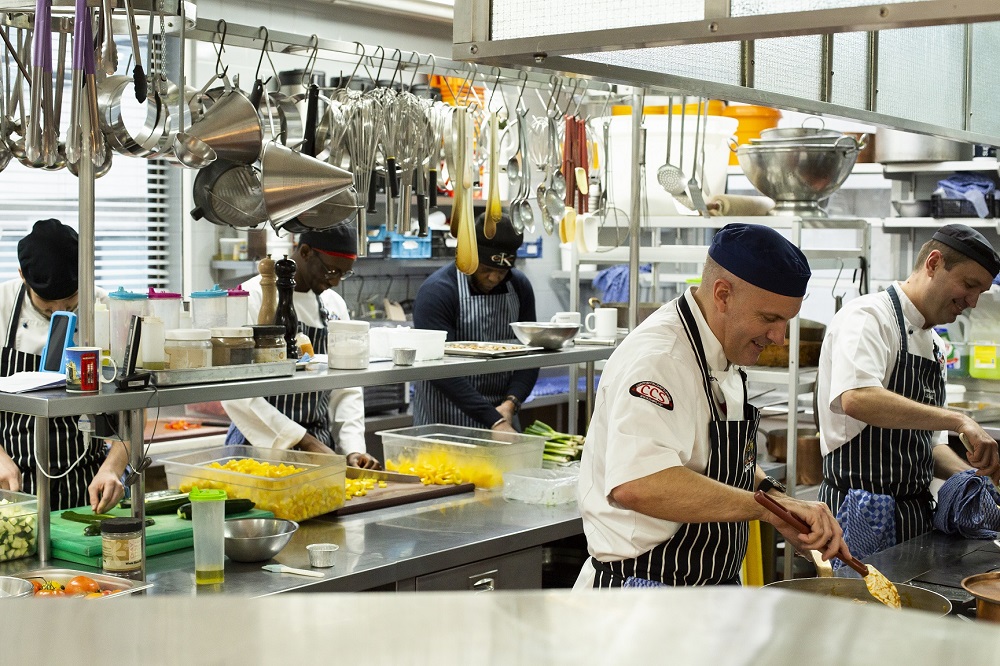 The City of London Corporation has provided funding for thousands of meals to be delivered to families in need – and is urging others to follow suit.

The £25,000 grant from the City Corporation’s International Disasters Fund to the food distribution charity City Harvest will enable the Livery Kitchens initiative to continue until July.

The scheme, which supports people in East London, sees three City Livery Companies partnering to provide food, kitchens and chefs who cook meals which are distributed to charities identified by City Harvest.

It forms part of the wider Livery Kitchens initiative, in which 62 Livery Companies and other donors have given over £640,000, funding over 130,000 meals delivered since April last year.

City Harvest, which operates across Greater London and delivers surplus food to over 300 charities across the capital, has seen a tripling of demand for its services during the pandemic.

Chairman of the City of London Corporation’s Finance Committee Jeremy Mayhew said: “Organisations like City Harvest do a fantastic job delivering food to charities which provide healthy, nutritious food to people across the capital.

“The impact of Covid-19 on people’s lives, jobs and the wider economy means this kind of work has never been more vital and demand for this kind of service is continuing to grow.

“I’m urging businesses, food companies and other funders to support City Harvest or their local food bank, to ensure no Londoner has to go hungry.”

The work with City Harvest is being delivered in conjunction with the Drapers’, Fishmongers’ and Grocers’ Livery Companies – three of the City’s ancient trade guilds – who provide their food, chefs and hall staff free of charge.

Chief Executive of The Drapers’ Company Richard Winstanley said: “The Livery Kitchens scheme is a great example of organisations working in partnership to help those most in need during the pandemic.

“Combining our resources, the expertise of City Harvest in getting food to people who need it and the extra support from the City Corporation means we can continue to help thousands of people in some of the most deprived parts of east London.”

Meanwhile, almost £1.7 million has been awarded to food banks across London through the London Community Response Fund administered by City Bridge Trust – the City Corporation’s charity funder – since it was set up in March last year.

City Bridge Trust also currently funds food banks in Harrow and Redbridge to the tune of almost £75,000. The City Corporation’s Central Grant Programme awarded grants totalling £45,000 to support the set up and delivery of the City of London Foodbank.

City Harvest CEO Laura Winningham said: “This service means parents will continue to have the reassurance of knowing that their family will have at least one nutritious meal a day.

“At times like this the most basic things – food, shelter and care – become important and knowing that you’re on the radar of someone who can help you to feed your children is of huge benefit.”

Businesses, funders, other organisations and individuals can donate to City Harvest online at www.cityharvest.org.uk/donate