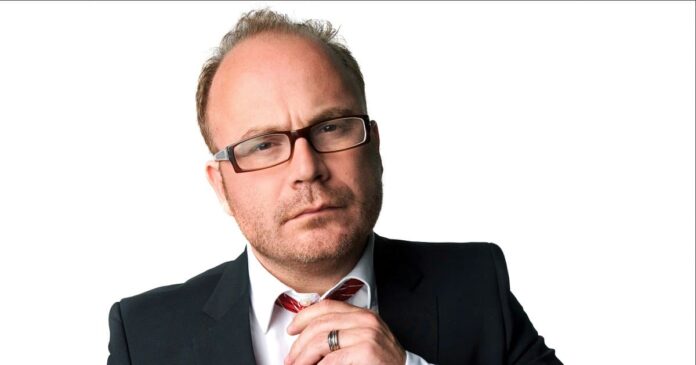 Barely a month has passed since nightclub owner Alex Proud was forced to close the doors on his iconic music venue Proud Camden after 17 years, so it would be fair to expect some level of gloom over the loss of the place he recalls fondly as his “Everest”.

But there seems to be little time for melancholy for the entrepreneur, whose interests stretch from art galleries to cabaret clubs, a trait he puts down to being “a dysfunctional British boarding school boy”.

“There are very few advantages to being British – and with Brexit there will be one less,” he says pointedly

“But one good thing is the ability to bottle up our emotions, because sometimes there’s just no point.

“It could be really upsetting to lose that, my home for 17 years, but you get on with it and bury yourself in the future and create something new.”

The future for the Proud name, as it happens, is in the City and West End, where Alex is planning a revamp of his cabaret club near Fenchurch Street and the launch of a brand new 450-cover restaurant and entertainment venue in Embankment this week.

Proud Cabaret City, soon to be shortened to Proud City, will maintain its sultry 1920s speakeasy-inspired offering of dinner, dancing and a show, but cranks up the volume with brand new themed party nights.

Meanwhile, Proud Embankment is aiming to take on the West End heavyweights with a colossal Vegas-style entertainment venue offering high-end dining, immersive shows that combine cabaret with aerial performances, and a 750-capacity nightclub .

“This is going to be the most glamorous venue in London outside places like The Ned and Soho House,” Alex says.

“It fits nearly 1,000 people, three stories high, big gold drapes and goldleaf everywhere, and a central atrium for the shows, which are so cinematic they will make you feel like you’re in a film, it’s really mind-blowingly stunning.”

It’s a far cry from the original concept of Proud Cabaret, born in a subterranean former opera bar in Mark Lane just over seven years ago.

Having started out exhibiting some of rock ’n’ roll’s boldest photography – there are now Proud Galleries in Camden, the West End and Chelsea – Alex was keen to expand into the restaurant business and saw promise in the venue’s low light, low ceilings, and “a lot of other reasons you’d think it was a really rubbish restaurant.

“I’d just been to Berlin and we went to a cabaret show and as I was walking down the stairs I immediately thought we could set it up in a similar style, as this cool, illicit sort of dive bar.”

Proud Cabaret was eventually established as a full-service entertainment venue with a restaurant (that’s fine dining, “not some horrible nightclub meal,”), and a cabaret show from a roster of top performers after which the tables are cleared and the party continues into the early hours.

The concept has done well as a destination venue for outsiders, but local workers have been a little slower on the uptake.

“I think what I didn’t realise starting out is that the City is a difficult market to communicate with,” Alex admits.

“Everybody has such closed doors because they don’t want to be hassled for money – the problem with enormous wealth is that it’s incredibly hard to access.”

Proud City is launching its own signature events tailored to the City set, starting with a Wolf of Wall Street-style show on Thursday nights that promises immersive performances and one big party aimed at “young people who might not be able to afford the Ned”. Fridays are for lovers with a sweeter, more romantic show to appeal to couples.

There are plans to roll out the Proud concept up and down the country, but for now Alex is hoping the revamp will establish Proud City as one of the go-to venues in the Square Mile’s rapidly growing night time economy, a transformation he says “was bound to happen”.

“I always thought it was so bizarre you’ve got the wealthiest Square Mile in the world outside of Wall Street and there’s nothing for anybody to do,” he says.

“It was just so, so self-evident that The Ned would happen. Of course, a few hundred million quid helps, but it just makes complete sense: why would you sit in a traffic jam going to the West End anymore, it’s all here.”

Some established venues have worried that this influx of new openings only serves to increase the competition for the post-work drinking pound, but Alex says they are looking at it all wrong.

“Too many City pubs and bars are just there for people to pile into after work, sink three pints and then jump on the Tube to go somewhere else, and these places need to start thinking as an ecosystem and respond accordingly: improve, open later, and get more imaginative.”

And if all else fails, there’s always demographics to fall back on.

“The one thing I always say to City boys is that this club is 75% female [patrons] out having the time of their lives.

“I’m always amazed when they haven’t worked that out.”