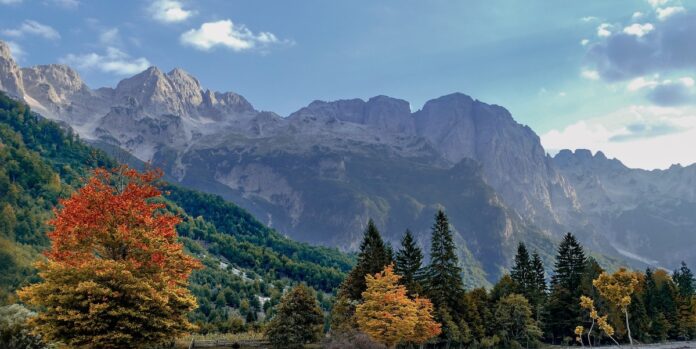 Shut off from much of the outside world for a large portion of the 20th century, it’s no wonder people know so little about Albania.

It wasn’t until 1991, when the brutal Communist regime was overthrown, that foreigners started to discover the epic mountains, remote villages, and pristine Mediterranean beaches scattered about the country.

Albania has been hailed as the “new Croatia” and a hidden gem of the Mediterranean because of its unbounded dramatic landscapes – yet to be ruined by the same tourists who’ve taken over large swathes of Europe.

The small villages are still mostly made up of locals going about their business and the beaches remain clean and empty, even in the hottest months. But this won’t last long. It will inevitably face the same fate as the nearby Greek and Croatian islands. So, if you’re going to go, do so soon.

The mountainous area is known as Prokletije and the Albanian Alps, but we much prefer the Lord of the Rings-esque version – the Accursed Mountains. And it most certainly lives up to its name. It’s where you find some of the country’s most awe-inspiring views, although you’ll need to work hard to reach a lot of them. Because the tourism industry is still in its infancy, it’s still mostly accessible free of charge to those who are up for a good tough hike. The difficulty makes the end goal so much more rewarding. 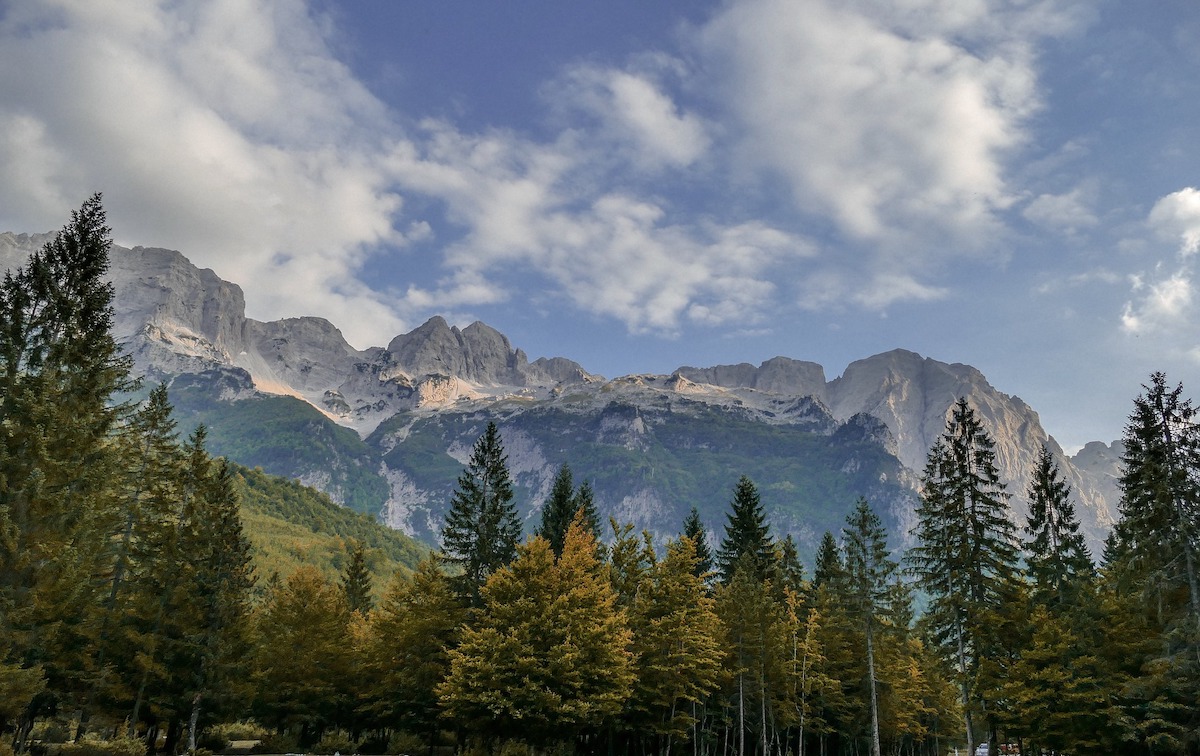 Theth National Park is one of the most famous and accessible parts of the Accursed Mountains and offers a bit of everything. It’s like the Great Valley from the Land Before Time – an oasis of biodiversity, surrounded by soaring cliffs. Within the valley lies long river systems, lagoons, waterfalls and all manner of wild flora and fauna. It feels so untouched.

While the mountain ranges may be the least ventured to part of Albania, the beaches are mostly certainly the most popular. It is recommended that you hire a car along the coast so you can stop off at whatever hidden beach you come across – of which there are too many to count.

For those on a more limited budget, there are still a handful of buses traversing the area and hitchhiking continues to be incredibly popular. Albanian people are very happy to pick up a stranger and ferry them on down towards another seaside town. Sardana is one of the biggest hubs for lovers of the sea. It’s where to find the best nightlife and a huge assortment of restaurants, but beware swimming around here in summer as it gets super packed.

In our opinion, you go to Albania for a bit of peace and quiet – at least for now. So venture north along the coast, stopping off at Palase with its vast kilometre-long beach where Julius Caesar and his troops arrived during the Roman Civil War in 48 BCE. Visitors can still find relics of this landing, as well as several abandoned battlements from Albania’s long past. Dhermi is also a must-visit, with its stunning beaches, coves and hidden bays. One of the most picturesque stops is Drymades, which is so long it never feels too busy. Here, you can find busy resorts and luxury hotels, too.

Before Capitalism took over from Communism, the capital of Albania was known as a grey and slow city. But Tirana has changed at a rapid pace over the past few decades, becoming a kaleidoscope of colour and culture. This is best captured in the city’s street art  scene, which is supported by the government. Be sure to look out for electric boxes which have each been covered in all kinds of bright artwork. There are literally hundreds of them scattered all over the city.

Skanderbeg Square is also one spot you’ll likely pass through over and over again as you make your way to the nearby National Historical Museum, Opera House, Et’hem Bey Mosque, and the Skanderbeg Monument dedicated to the Albanian nobleman who resisted the Ottomans.

Bunk’Art is located a little further out but is well worth the short trip. The bombproof shelter was built by the Hoxha regime, but has since been transformed into an exhibition and event space where art and historical items are displayed. It’s the perfect representation of how Tirana embraces its past, turning something dark and troubled into something bright and full of positivity.