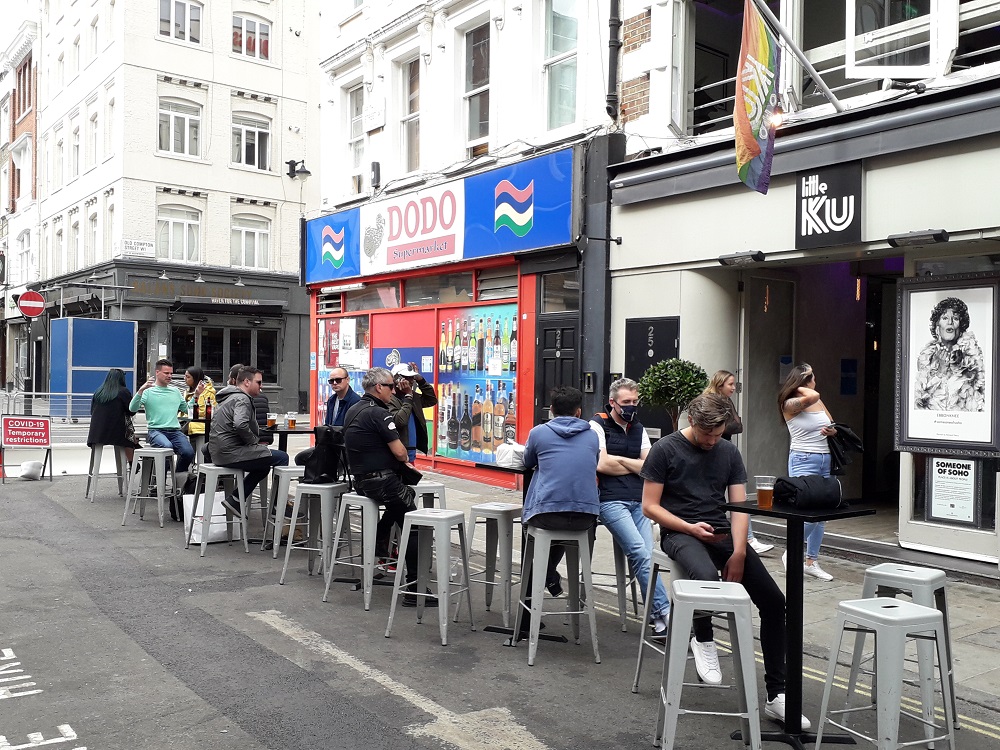 Al fresco dining will return to the West End after the November lockdown, Westminster Council has said.

Despite some initial uncertainty, Prime Minister Boris Johnson has said the lockdown will end on 2 December.

And it is hoped that the West End’s economy could recover in the run up to Christmas, if Londoners can be tempted back for more dining with outdoor heaters and umbrellas.

Westminster Council leader Rachael Robathan said: “We are going to use the next four weeks to work at pace on recovery for the West End with initiatives like al fresco dining now set to run into the new year, and a fresh push to attract shoppers and visitors back to the City.

“We have extra pavement space, temporary bike lanes, social distance signs and sanitiser throughout the city, so people can come back to Westminster with confidence.”

She added: “This pre-Christmas period is critical for traders and the priority is to kick start the economy for the moment lockdown lifts.

“One in 10 of all London jobs are in the West End, and a thriving Westminster is in the capital’s interests. That’s why there will be no let up in our campaigning to extend the business rates holiday beyond April and against plans to phase out VAT-free shopping.”

Councillor Robathan said the council and its partners still plan to stage the Inside Out Festival of open-air performing arts in the new year, after it was postponed from 1-4 October.

The various types of lockdown restrictions imposed on London since October have caused a quick succession of policy changes on the al fresco dining initiative.

It was originally due to finish by 31 October, followed by a period where restaurants would have had to pay a fee of £7 a day for every square metre of outside space they used.

After a backlash from businesses, the council reversed this decision and said the fees would not apply.

Then on October 31, the Prime Minister announced the national lockdown, forcing restaurants to switch to running takeaway and delivery services only.

The council also announced last month it will speed up applications with a “presumption in favour” for pubs and restaurants wanting to put electric heaters, tables, chairs and umbrellas on pavements outside their premises.