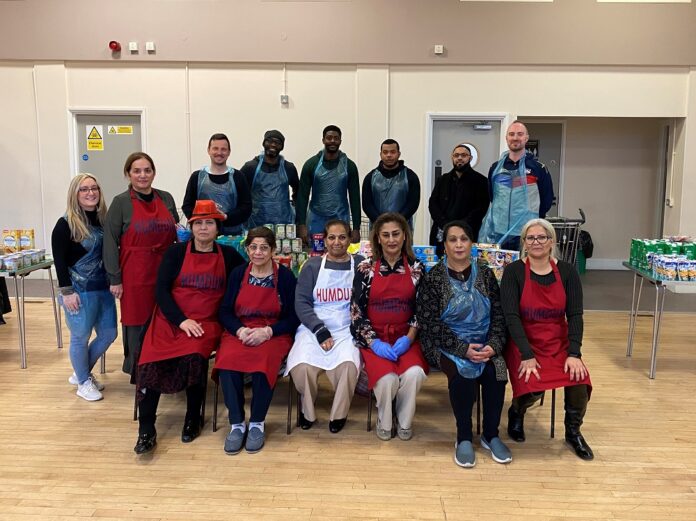 London City Airport staff more than doubled their volunteering efforts last year, with a total of 1,934 hours given to local good causes in 2019.

The record-breaking year of giving concluded in December with the airport’s annual ‘12 Days of Giving’ volunteering drive, which saw 74 members of staff give 592 hours of their time to charities, organisations and initiatives. This was an increase of 111% on the 280 hours given in 2018.

During two weeks last summer 83 members of staff, including chief executive Robert Sinclair gave 660 hours of time to support local organisations and initiatives across the boroughs of Newham, Redbridge, Tower Hamlets and Hackney.

This was a 65% increase in volunteer hours compared to the 2018 fortnight.

Other volunteering hours totalled 682 hours in 2019, reaching 2,357 students along the way.

Aaron Uthman, community relations ambassador for London City Airport, said: “Helping local good causes is a really important part of our commitment to be a good neighbour, investing in our local communities and making a positive contribution to organisations on our doorstep.

NOW READ: TfL must do more to tackle air pollution in London

“With 65% of staff employed on-site at London City Airport coming from within five miles of the airport, supporting the local area is something that’s close to people’s hearts here.”

Another major volunteering and giving initiative in 2019 was the airport’s first ‘Women In Aviation’ programme.

Part of the airport’s wider agenda to create a better gender balance across the business and show how the sector offers an attractive career path for young women, including those from BAME communities, the programme took place in April and involved 300 female pupils from East London secondary schools.

Aligned to this, London City Airport also held its fourth annual ‘STEM in Aviation Day’ at the ExCel centre in November.

Aiming to inspire the next generation of aviation innovators and entrepreneurs, over 450 East London school pupils aged 14 to 16, from 22 different schools, took part in science, technology, engineering and maths (STEM) skills challenges looking at the future of flight.

Uthman added: “In 2020 we’ll be running more volunteering initiatives for staff such as the Volunteering Fortnight and 12 Days of Giving.

“There are also four further rounds of grants from the Community Fund to come and both the STEM in Aviation Day and Women in Aviation programmes will return. We’re all looking forward to having more chances to help local people and good causes in East London.”