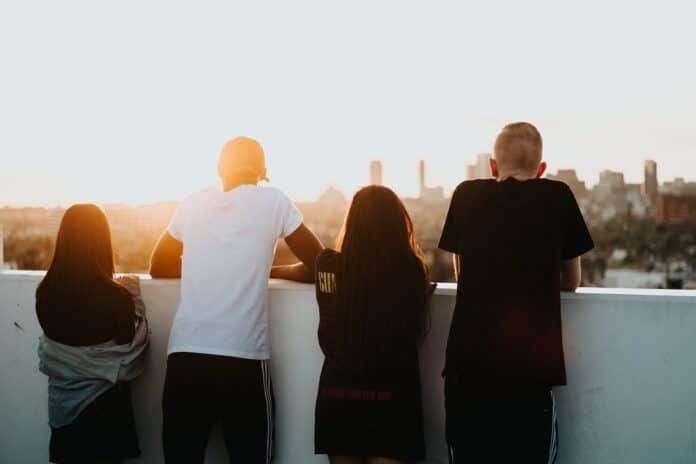 Every young Londoner in need of support will have access to a personal mentor by 2024 thanks to a new scheme launched by the Mayor of London on Wednesday.

A £7.2million investment will expand mentoring in the city, including three programmes focusing on technology, engineering, arts and maths.

According to City Hall, around 100,000 young people aged 10 to 24 have been excluded from school or college, witnessed domestic violence, experienced poverty or are in the care system.

Sadiq Khan says the group are most in need of support and face huge challenges as the capital recovers from the pandemic.

Khan visited the Osmani Trust in Blackwell Reach, Tower Hamlets on Wednesday to see how it transforms young lives, steering them away from the violent crime epidemic.

He said: “I’m determined to put young people at the heart of London’s recovery efforts.

“This will not only help prevent vulnerable young Londoners from being exploited or sucked into gangs and violence, but provide a helping hand for Londoners to reach their potential.”

Khan added there are “too many young Londoners in need of guidance” and that the new scheme will ensure they are “given that mentorship they so desperately need”.

Councillor Georgia Gould, Chair of London Councils, added: “With four in ten of London’s children living in poverty, adult mentors can help navigate some of the challenges that they face.”

The mentorship scheme forms part of City Hall’s public health approach to tackling violent crime in London, with Sadiq Khan having repeatedly said he wants to be “tough on crime and tough on the causes of crime”.

Khan said: “What I do know is we need to be providing more and more helping hands to give young Londoners the support they need to fulfil their potential. I’m quite clear: this public health approach of both supporting the police to suppress violence but also giving young people constructive things to do – being tough on the causes of crime – is crucial.”

Last year was the worst on record for teenage murders in London, with 30 teenagers killed. Earlier this week, an 18-year-old became the first teen victim of knife crime in 2022 following a fatal stabbing in Enfield.

But figures from the Metropolitan Police have revealed that overall levels of violent crime decreased in the past year.