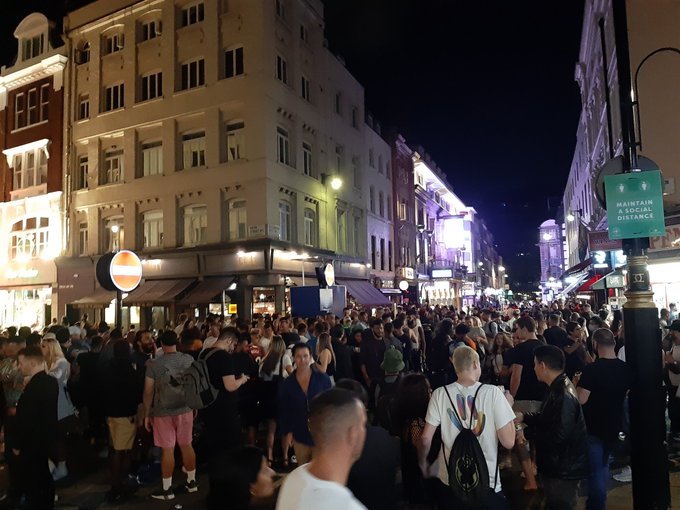 An open-air arts festival due to take place in the West End in a few days’ time has been postponed to next year, just two weeks after it was announced.

Westminster Council was a key backer of Inside Out Festival, which was only announced on 17 September, and was due to take place between 1 and 4 October.

The council also said that its summer al fresco dining initiative – where restaurants in more than 50 locations were allowed to put tables and chairs in side streets – will end in late October.

But the council gave an update via its email newsletter that the festival will instead take place “early next year”.

This was hours after London’s 32 boroughs were added to the Government’s national “watchlist” of areas experiencing a worrying growth in Covid-19 cases.

Westminster Council leader Rachael Robathan said on Friday: “In light of the latest medical guidance and Government announcements earlier this week, we have taken the decision to delay our #InsideOutWestminster festival for a few months.

“The good news is #InsideOutWestminster will be back early next year opening with a series of light installations in January that will start the countdown for a weekend of activities in the spring.

“We are confident we will be able to put on a programme of innovative open-air art exhibitions and outdoor performances which draws together some of the world’s most famous cultural institutions.”

It was hoped that the festival would give a boost to some of London’s biggest cultural institutions whose business models had become unviable due to social-distancing requirements.

Meanwhile, the council has allowed the al fresco dining policy, which began in July, to continue to October 31.

The policy allows restaurants to increase their capacity while enabling social distancing between guests.

However, its first few weekends led to concern about crowds of drinkers gathering in Soho and disturbing local residents.

Ms Robathan said: “This popular scheme has been a lifeline for the hospitality sector. We recognise the importance of our business community as being key to the successful economic life of the city. We’re working closely with our residents to support local businesses, the backbone of our communities, and will continue to do all we can to help them.”

“We will always put the health of our residents and visitors first whilst doing everything possible to support our city through these very challenging times.”