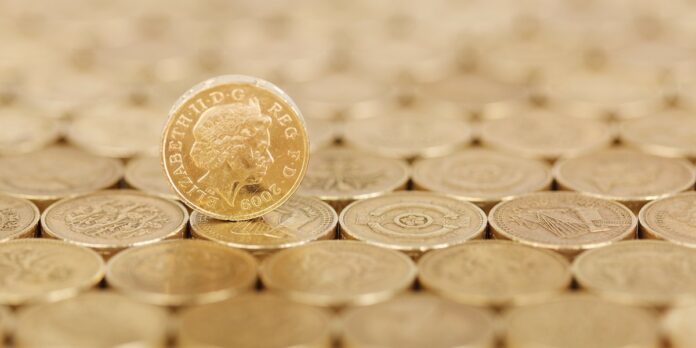 The recommended minimum wage for London will increase by 20 pence per hour – meaning at least 60,000 workers will get a pay rise, the Mayor of London has announced.

Sadiq Khan said the London Living Wage would rise from £10.55 to £10.75 per hour. The Mayor announced the boost to pay at the start of Living Wage Week, at arts centre Somerset House in central London.

Speaking on Twitter after the event, Mr Khan said: “The London Living Wage makes a huge difference to so many Londoners.”

The recommended hourly rate for the capital is set by the Living Wage Foundation, which calculates fair pay based on the cost of living. Its rate is £2.54 higher than legal minimum hourly pay set by the government.

Unlike the legal minimum wage, the Living Wage Foundation sets a separate hourly rate for London, to reflect the fact that living in the city is more expensive than other areas.

With the 20 pence increase announced today, full-time workers who receive the Living Wage will now be almost £5,000 better off than Londoners on minimum pay.

Living Wage foundation director Katherine Chapman said: “Good businesses know that the real Living Wage means happier, healthier and more motivated workers, and that providing workers with financial security is not only the right thing to do, but has real business benefits.”

But almost one in five Londoners is still paid less than the Living Wage – including more than 60 per cent of jobs in hotels and restaurants, and 40 per cent of retail jobs, according to the Trust for London. Liberal Democrat assembly member Caroline Pidgeon said the increase was welcome, but more work was needed to tackle pay inequality.

She said: “The London Living Wage is not just right in principle, but it can also help ensure employees are motivated and staff turnover is minimised.

“However, we should not exaggerate the impact of the scheme.  Many employers signing up to the scheme were already paying the London Living Wage to most, if not all their staff beforehand.”

She added: “If we want the benefits of the London Living Wage to be spread much more widely we need to start seeing a large number of employers in the care sector, catering and the hospitality sector signing up.”

Catherine McGuinness, policy chair at the City of London Corporation, which is an accredited Living Wage employer, said: “Paying the Living Wage helps improve quality of life and gives people the opportunity to provide for themselves and their families.

“But there is still much more to be done. One in five people employed in London don’t earn a wage they can live on and we all have a responsibility to change this statistic.

“We want all firms to recognise that paying the Living Wage is not just the right thing to do, it’s good for their businesses too.”