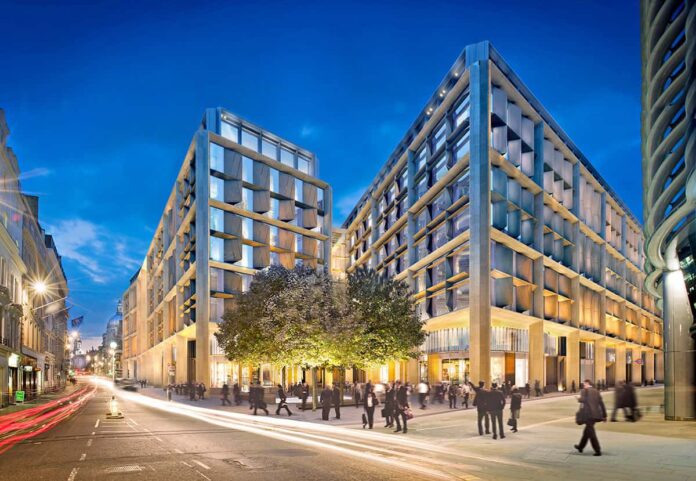 The prizegiving took place at Whitehall Palace last week when the £1billion complex claimed the award for Best Mixed Use Scheme.

The headquarters – which houses 4,000 employees and features three public areas as well as a retail arcade incorporating a culture hub and the now restored and historically significant Roman Temple of Mithras – was billed as the most sustainable office building in the world when it was opened in October last year with a BREEAM rating of 98.5%.

“The judges had some very difficult decisions to make given the quality and diversity of the schemes but it was a delight to visit and see so many creative sites right across our great city,” said John Walker, secretary of the Planning Officers Society.

“It is very important that we recognise, reward and celebrate the best of what is happening in London. These developments ensure it keeps its reputation as the most diverse and interesting city in the world.”

The London Planning Awards, now in their 15th year, are organised by London First, a membership organisation dedicated to promoting business in the Capital, in partnership with the Mayor of London and London Councils.

Other winners on the night included Dollar Bay, a new residential building in Canary Wharf that uses dock water to cool the building, and St James’ Market, with over 261,000 sq ft of offices, shops and restaurants centred around a new public square on Regent Street.