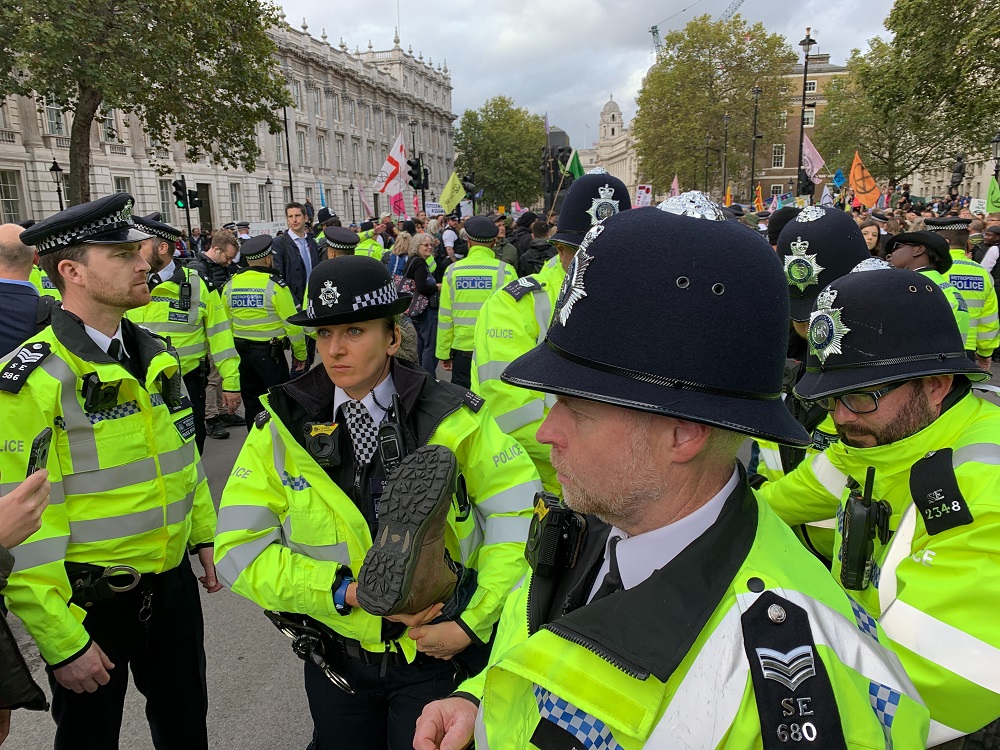 Metropolitan Police officers arrested more than 1,800 people over a five-week period as part of a crackdown on violence in London.

Operation Winter Nights took place from 30 November to 3 January and saw officers from across the Met working with communities to prevent robberies and violent crime.

The operation resulted in the seizure of 313 knives, 20 firearms and the arrests of 1,825 people for robbery, possession of an offensive weapon and possession with intent to supply class A drugs.

Commander Jane Connors, the Met’s Violence Lead, said: “There was a real flood of activity to tackle violence over this period and that will only continue in 2021.

“Teams from all corners of the Met worked together, as they do every day, in a collective effort to prevent harm and keep people safe.

“I hope the public felt reassured by our visible presence in robbery and violence hotspots and know it is the top priority of everyone in the Met.

“Now we are into the new year, we will take a systematic approach to tackling violence and will continue to be involved in engagement, prevention and diversion. When violence occurs in our communities, it is devastating. It is vital that we engage with all of our communities and help those who need it.”

Each week of the operation had a different focus, from increasing police presence in robbery hotspots to using weapon sweeps and stop and search in areas prone to violent crime.

Writing for Inside Croydon, Ms Pigeon said: “The Mayor and Metropolitan Police’s continued support for the use of suspicion-less stop and search in London is a problem. The Met Commissioner remains convinced of its benefits, despite a College of Policing report cautioning that ‘extremely large increases in stop and search’, as have been seen in the Met, would at best deliver minimal reductions in crime, but at a price that would ‘likely be unacceptable to some communities’.

“Having been a member since 2008 of the Metropolitan Police Authority and its successor body, MOPAC, the London Assembly’s Police and Crime Committee, it is clear to me that the increasing use of suspicion-less stop and search is contributing to deteriorating relations between the police and many people in London, particularly black Londoners.”

The Met has said that searches used in Operation Winter Nights were based on intelligence, and every person brought into custody was offered the chance to be referred to the DIVERT intervention scheme, which provides advice and guidance aimed at reducing reoffending.