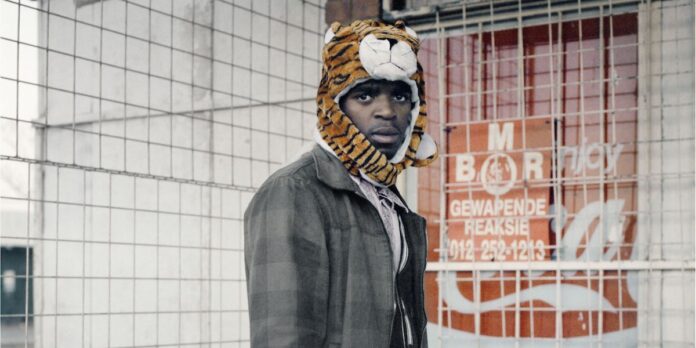 The are stacks of things to see, do and experience in and around the City of London each and every week. So here’s our roundup of the best festivals, exhibitions, films and music performances for you to get involved with as we embrace Autumn in all its glory.

This free HENI Project Space exhibition explores home, intimacy, place and belonging in the work of late South African photographer Thabiso Sekgala. Here Is Elsewhere – Sekgala’s first solo exhibition in the UK – brings together 50 photographs from six different series taken between 2009 and 2014 in South Africa, Jordan and Germany. Many of Sekgala’s photographs – which include portraits, street scenes and elegiac depictions of public and domestic space – offer nuanced, alternative narratives about life in contemporary Africa. Running through all of his work is a fascination with the idea of home, and the personal, political or economic conditions that determine our relationship to it.
Until 6 October, free
Southbank Centre, Belvedere Road SE1 8XX

Enjoy a weekend of family fun with a rather spectacular view of Tower Bridge as your backdrop during this month-long festival. Try out river retrospectives, unique historical boat trips, organised adventure swims, as well as visiting the stunning installations across the Thames itself. It’s all about discovering and celebrating all the interesting things about one of the key life forces of London – which was once deemed biologically dead.
1-30 September
Various locations along the Thames

It may have been shut down by the authorities nearly 200 years ago, but this summer The Shakespeare Globe is re-opening the doors to the most notorious fair in town. As they snuff out the candles, open the windows, and let in the replicated daylight, prepare yourselves for a radical reimagining of the Sam Wanamaker playhouse as Ben Johnson’s kaleidoscopic Bartholomew Fair brings the sights and smells of modern day London to life. Expect an excess of drink, a distinct lack of morals and a whole heap of sin amongst the fair’s resident butchers, pimps and pickpockets.
Until 12 October, Standing tickets £10 and seated tickets from £20
Sam Wanamaker Playhouse, 21 New Globe Walk SE1 9DT

Join the Guildhall Session Orchestra on a journey of new music inspired by London, Cannon St, Southwark and Millennium bridges, the first four bridges now lit up by the Illuminated River artwork. From sweeping orchestral scores to minimalist electronic pieces, these innovative new works by Guildhall composers have been commissioned by the Illuminated River Foundation to celebrate the first phase of lighting London’s historic bridges. This concert performance will be accompanied by live visuals of the Illuminated River bridges and artwork, with presentations from the composers themselves.
24 September, 7.30pm, £15
Milton Court Concert Hall, 1 Milton Street EC2Y 9BH

Art and culture institutions all over London are hosting new exhibitions, talks and tours all the while major public spaces host new interactive art installations. Broadgate is, as usual, the centre of it all with a huge installation, Please Be Seated, by Paul Cocksedge while the likes of Camille Walala who headlined the last festival is still included in other capacities. And, while you’re about for the festival, check out the London Design Fair too. Brands from all over descent on the Old Truman Brewery to show off their latest designs. It’s all a go in the Capital.
Until 22 September
Various locations

The 2019/20 season of live classical performances begins this September, with Beethoven’s 250th birthday celebration being celebrated throughout the entire series. The series also runs in parallel to the blockbuster Bridget Riley exhibition in the Hayward Gallery, featuring concerts among the paintings themselves. Also expect to see an award-winning production of Peter Grimesfrom, recitals from world-class artists including Anne-Sophie Mutter, Stephen Hough, Daniil Trifonov and Sheku Kanneh-Mason, Michael Tilson Thomas celebrating his 75th birthday and final season with the San Francisco Symphony Orchestra and Hyperfutures – a weekend showcase for the complete works of visionary composer Edgard Varèse.
Ongoing
Southbank Centre, Belvedere Road SE1

Explore the underbelly of the digital world in this exhibition revealing the powerful, and often hidden, forces at play in artificial intelligence. Artist Trevor Paglen’s new Curve commission takes as its starting point the way in which AI networks are taught how to ‘see’ and ‘perceive’ the world by taking a closer look at image datasets. Paglen has incorporated approximately 30,000 individually printed photographs, largely drawn from ImageNet, the most widely shared, publicly available dataset.
From 26 September, free
The Curve, Barbican Centre, Silk Street EC2Y 8DS

Out-Spoken’s Southbank Centre residency is kicking things off with a night of superlative poetry readings and live music. Dive into today’s best UK poetry and groove with world-class musicians at this month’s Out-Spoken. This show features a headline poetry set from Out-Spoken founder Anthony Anaxagorou, who reads from his new collection After the Formalities, which is released earlier in the month. The evening also boasts performances from legendary spoken-word artist Salena Godden and poet Bobby Parker, as well as music from Villy and Azekel.
26 September, 7.45pm, £10
Southbank Centre, Belvedere Road SE1 8XX

An annual body art festival packed with the best in the business. More than 400 of the world’s most talented tattoo artists are confirmed to attend and there’ll be performances from the firebreathing dance troupe The Fuel Girls.
27 September. tickets from £30
Tobacco Dock, Wapping Lane E1W 2SF

Encounters is a new exhibition by artist Rayyane Tabet, with eight separate works from the past 13 years installed together for the first time. His works present fleeting moments in time and place, offering alternative perceptions or paradoxical views of political and personal events in a historical timeline presented here within the parameters of sculpture and found objects. See Tabet’s first major solo exhibition in the UK at the Parasol Unit Foundation for Contemporary Art.
From 29 September, free
Parasol Unit, 14 Wharf Road N1 7RW

Guildhall Yard is welcoming the old London masses for a shindig dear Mary Poppins herself would be all over. The annual event features traditional English entertainment including maypole dancing, Morris dancers and a marching band. It’s just about as British as it gets.
29 September, free
Guildhall Yard EC2V 5AE