These are the top fitness trends for 2018

It’s official, Brits are working out now more than ever. The 2017 State of the UK Fitness Industry Report revealed that one in seven of us are members of a gym – that’s 9.7million memberships, before we count those streaming training sessions at home or running...

It’s official, Brits are working out now more than ever.

The 2017 State of the UK Fitness Industry Report revealed that one in seven of us are members of a gym – that’s 9.7million memberships, before we count those streaming training sessions at home or running laps of their local park.

So if we’ve officially reached a golden age of exercise, where do we go from here? Check out the top fitness trends for 2018.

Any fitness fanatic worth their spandex will tell you the days of texting on the treadmill or lolling around on the leg press are over.

High Intensity Interval Training (HIIT) is now a well-established method of training for the toned and time-poor, combining periods of intense activity with shorter spells of rest for maximum burn in minimum time.

And HIIT is still it and a bit in 2018 according to Soho Gyms director of fitness Tony Lyons, who says demand remains high for fast and furious workouts that are structured and produce tangible results – in a studio or on the gym floor.

“A year ago people would be happy enough if a class was called HIIT, but now we seeing a move towards more specialised training; whether it’s intervals or pace classes, or focus on performance.”

At Soho Gyms, which has clubs in Tower Hill and Farringdon, members choose from different HIIT classes ranging from the short and sweaty 3:5:15 (three sets of five bodyweight exercises in 15 minutes), right through to strength and conditioning Circuit classes.

“It is all a lot more structured and professionalised,” Tony explains.

“People are doing their research and coming in armed with all this knowledge that certain HIIT workouts will target fat, while others are more about cardiovascular burn, then they plan their weekly workouts accordingly.”

Get in the ring

Few workouts can lay a glove on the cardiovascular, calorie-burning benefits of a high-energy boxing workout, and a new breed of boxing studios are making the sport more accessible to the masses with a boutique makeover and simplified routines.

Aldgate’s 12×3 bills itself as a “luxury” boxing studio with an East End pedigree. Its founders hail from Bethnal Green’s famous Repton Boxing Club so the training is tough, but the facilities themselves are far more subway tiles and swanky shampoo rather than spit ’n’ sawdust.

Sessions promise improved circulation, stronger, longer muscles, and increased stability and co-ordination. And that’s just the physical side of things.

“The City is a very tough market to break but of all the fitness genres, boxing makes a lot of sense,” Shane says. “Obviously there are a lot of high-powered, demanding jobs, and punching a bag is a great outlet for that stress.”

Fitness on screen could have been consigned to the era of Richard Simmons and his short shorts, but our demand for on-demand has reintroduced virtual instructors into our workouts.

Whether its personal trainers delivering programmes through their own apps or streaming services that beam workouts directly into your lounge room, virtual technology makes getting fit all the more convenient.

Soho Gyms  has recently introduced a series of  new virtual workouts to help supplement their popular instructor-led classes, ranging from spin and BodyPump through to yoga and barre.

Tony Lyons says that while the technology will never replace live trainers, virtual classes can serve as both a gateway for beginners as well as those who can’t make classes during peak times.

“We run the virtual classes when the gym is fairly quiet so it’s good for people who perhaps aren’t as confident in their fitness levels for a class environment but still need instruction.

“The sessions are really educational and delivered by top instructors, so you’re establishing good form from the outset.” 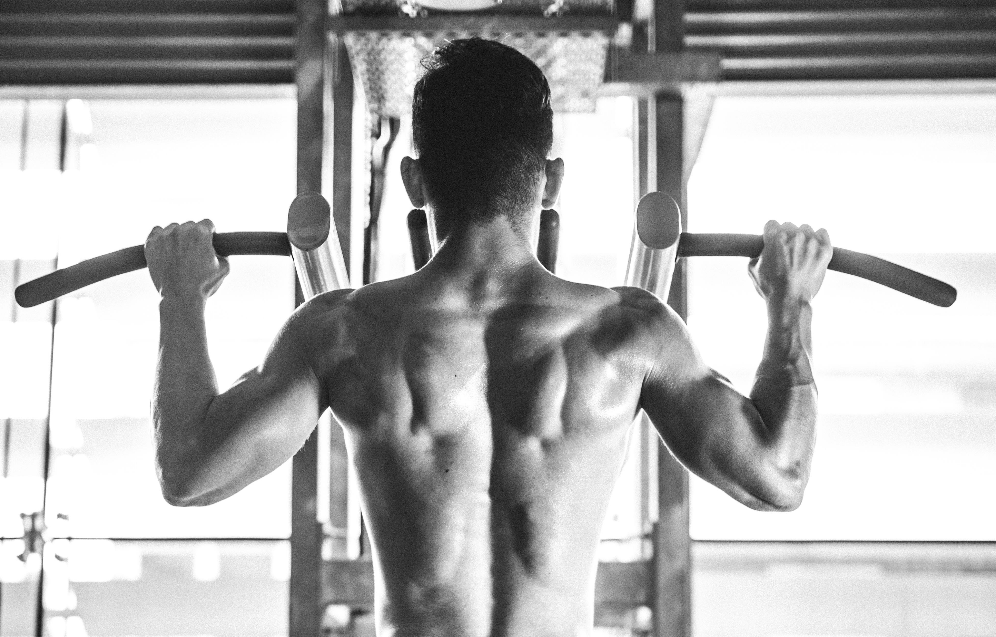 They say variety is the spice of life and when it comes to shaking up your workout, there is no better time to try something new than during this, the era of contract-less fitness.

Trend-obsessed and spoilt for choice, the City fitness fanatic is a commitment-phobe; flitting between HIIT and hatha yoga, and changing gyms as often as they change their Lycra.

And the fitness industry has responded; low or no-contract gyms have sprung up offering pay-as-you-gym payment models, while apps offering access to multiple facilities under one membership are on the rise.

Try a ClassPass membership for a taste of the Capital’s top boutique spin, HIIT, pilates and barre classes, or subscribe to MoveGB for access-unlimited gym sessions and a variety of group activities. For serious commitment-phobes, ESquared connects users with a variety of fitness classes and two-hour sessions at gyms but is completely on demand, so you only pay for the sessions you use.

ESquared founder Eleni Plakitsi said one of the key drivers of the contractless model is the level of choice in urban centres like London.

“People are curious, they want to try new things,” she says. “We know that changing up your workout produces better results, it doesn’t make sense for people to be tied to memberships anymore.”

The popularity of High Intensity Interval Training in recent years has us all upping the ante in the gym, but taking the time to recover is just as important as the workout itself, and a quick hamstring stretch isn’t going to cut it.

Fitness app ClassPass saw a 17% spike in demand for stretch and restorative classes in 2017, demonstrating people are incorporating active recovery into their weekly exercise routines just as they would cardio or strength-based training.

Try Body Balance at Soho Gyms for a mix of yoga, Tai Chi and Pilates to stretch and strengthen your muscles, or Gymbox’s Rehab class for a full-body MOT and an education on why you might be experiencing aches and pains in certain places plus how to relieve them.

For more intensive recovery activity, try freezing your assets with Cryotherapy. Cristiano Ronaldo and Mo Farah are among fans of the treatment, which champions exposure to extreme cold for short periods to treat and prevent muscle soreness and even boost skin collagen.

Whole body cryotherapy involves exposing your body to temperatures of around -140 degrees Celsius for between two and four minutes in a Cryo-cabin, several of which you can find at LondonCryo tucked away behind Spitalfields Market.

Founder Maria Ensabella says the benefits of regular Cyrotherapy range from reduced inflammation and muscle soreness following a workout and improved performance thanks to a rush of red blood cells and increased blood flow. It also “rebalances” the mind and body, decreasing the level of stress hormone cortisol while flooding you full of endorphins, and promotes calorific burn – a reported 800 per session 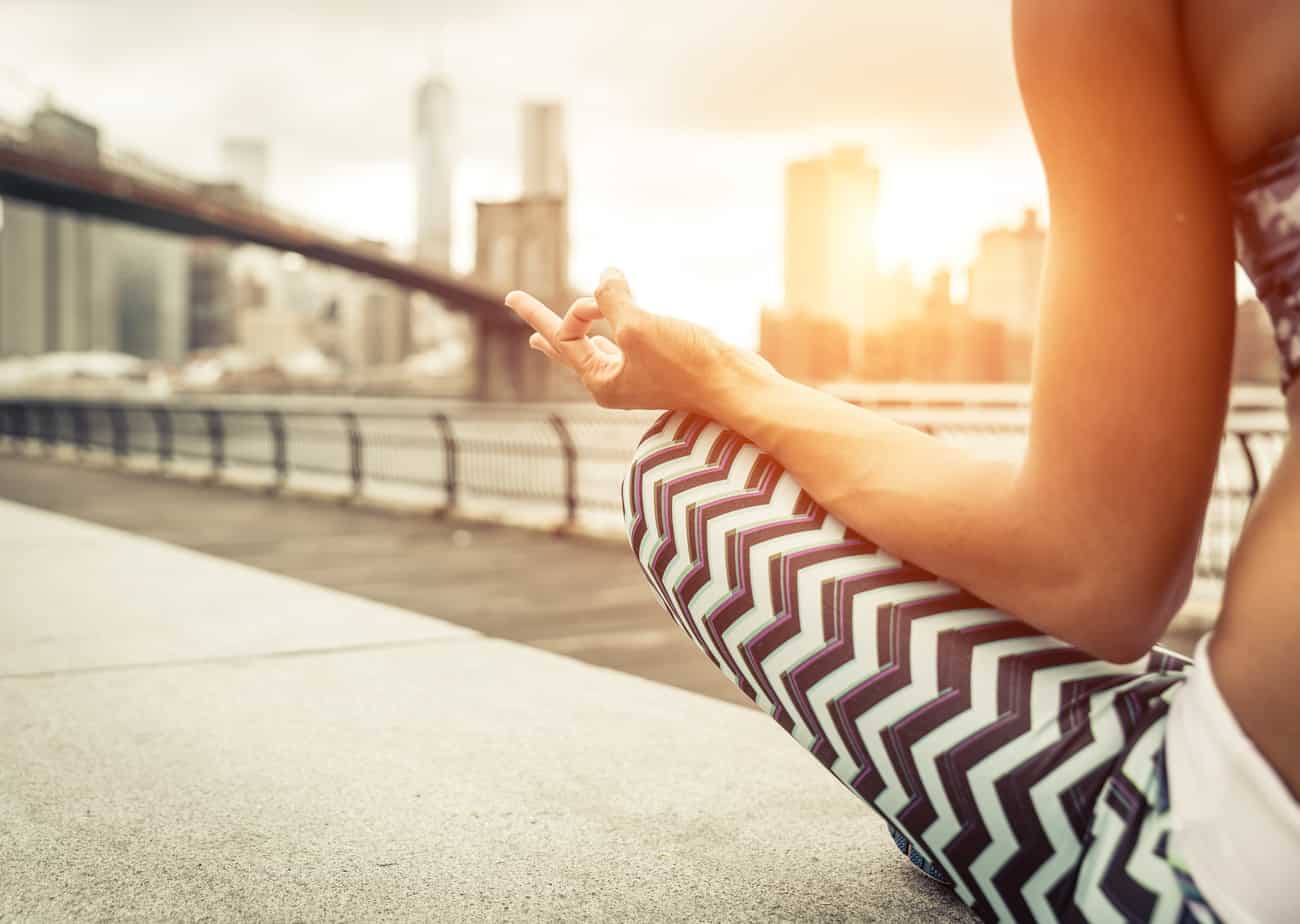 Meditation has officially emerged from the cover of yoga studios and far flung wellness retreats into the mainstream, with every man and his dog (literally) cottoning on to the benefits of reaching a state of consciousness when the mind is free of scattered thoughts and patterns.

London’s first teacher-free, drop-in meditation studio Inhere has popped up in the Square Mile and apps like Headspace and Buddify are making it easy for anybody to integrate meditation into everyday activities, and that includes exercise.

“There is a huge body of evidence backing the benefits of meditation, not only including reduced stress but also increased mental clarity and functioning.”