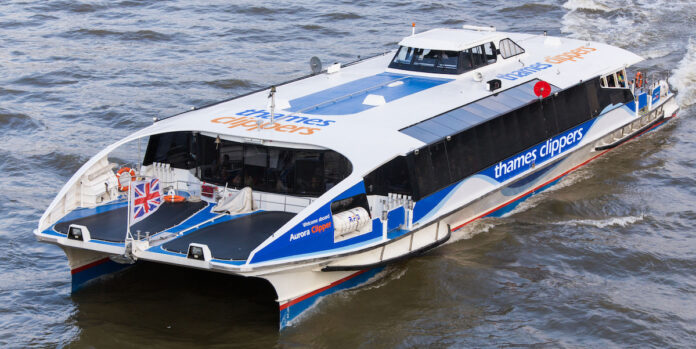 Thames Clippers have recently announced those cruising to work will save 20% on season tickets.

New Thames Clippers commuters can save 20% on a week’s or month’s season ticket when claimed by 8 March 2020, saving money while taking to the river for a commute that’s fast, convenient and comfortable. Yes, winter might be cold, but that doesn’t make this route less desirable – if anything it means no boiling in your coat and thermals as you sit on the boiling tube.

Taking up the offer also means trying out London’s happiest commute, according to research by the University of Greenwich. Looking into the links between commuting and wellbeing, the study shows that those who travel to and from work by boat are happiest.

You even get to sit in a cosy heated cabin in the winter and cool air con in summer, a guaranteed seat and outdoor space to get the breeze in your hair.

NOW READ: Controversial Tulip could yet flower in City of London

The licensed on-board bar means commuters can also enjoy a coffee and a bite to eat or a post-work tipple on the way home. You can’t get that on the Tube.

Available to new customers and those who have not purchased a season ticket via the Thames Clippers Tickets app since 31 March 2019, claim the offer no later than 8 Mar 2020 (inclusive), find out more at thamesclippers.com/takethethames.