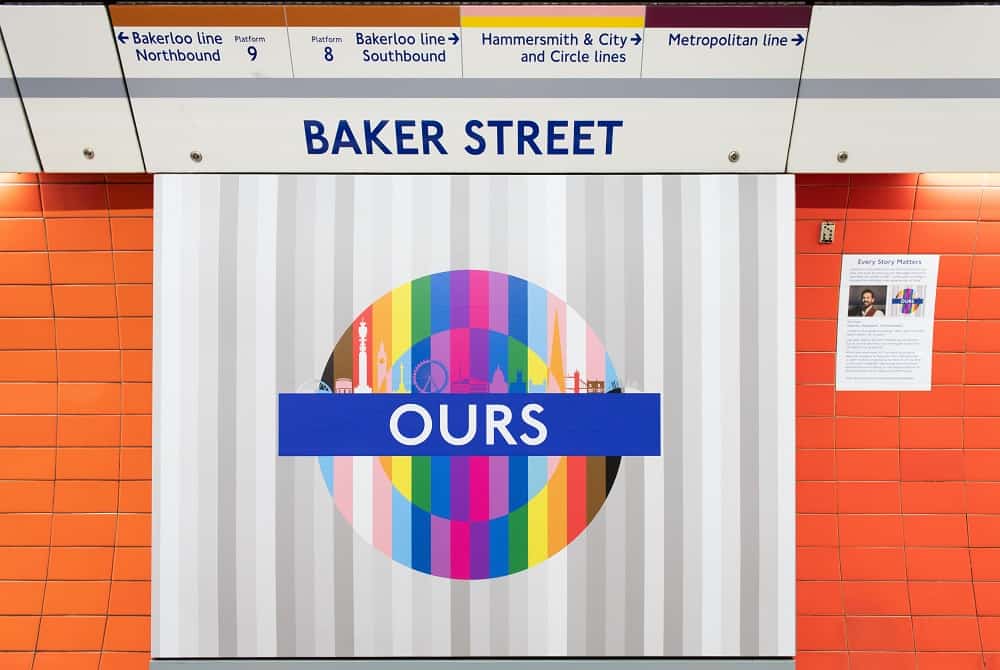 TfL Pride roundels have been unveiled at various Tube stations in support of the LGBTQ+ community.

TfL has said that it hopes the designs will help to spread “positive messages of hope, love and compassion” and encourage conversations about issues affecting the LGBTQ+ community.

Alongside the ten new roundels, TfL is also introducing a public poster campaign featuring photographs of LGBTQ+ staff members with their partners in a bid to encourage people to be proud of who they are.

The designs will be displayed at Tube stations for at least a month, TfL has confirmed.

Amy Lamé, London’s Night Czar who created a design, said: “When I first arrived in London, I was acutely aware I was walking in the steps of my LGBTQ+ fore-siblings and I would regularly take the Tube and bus to visit spots linked to them.

“I was really honoured to be asked to create a roundel, and my Oscar Wilde design aims to encapsulate London’s rich LGBTQ+ history and also show a pathway to the future.

“As more people return to public transport, it feels really special that ten Pride roundels will be on display across the network – clearly showing that in London you can be who you want to be and love who you want to love.”

Since the easing of lockdown restrictions and as more people return to public transport, TfL has announced a series of measures to tackle hate crimes on the transport network, including the launch of the #TogetherAgainstHate campaign.

In 2019, there were more than 2,760 hate crimes on public transport that were reported to the police, while racially motivated hate crimes across London rose by around 180 per cent during the COVID-19 pandemic.

Hate crimes are thought to be seriously underreported, and TfL is encouraging anyone who witnesses a hate crime to report it to the police, while anyone who is subjected to anti-social behaviour on public transport can report it on the TfL website.