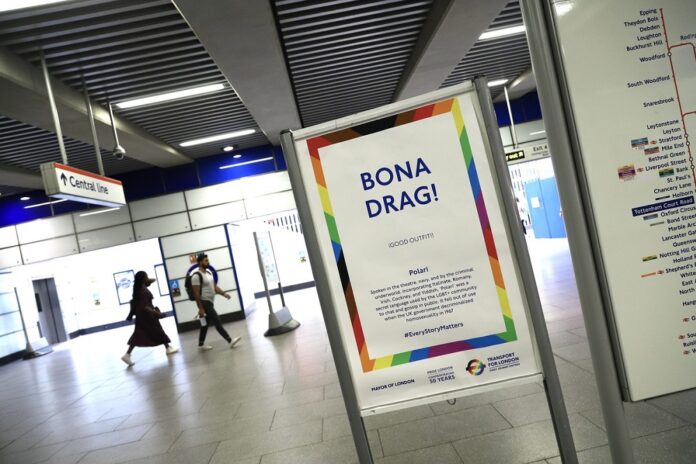 London’s public transport network will be host to a series of specially curated photographs and posters celebrating the LGBTQ+ community as TfL marks the 50th anniversary of Pride.

The capital’s Pride parade on Saturday July 2 will be the first since before the COVID-19 pandemic and will mark the 50th anniversary of the UK’s first Pride parade.

To celebrate 50 years of the Pride movement and the return of the Pride parade in London, TfL has launched a series of posters and photographs at Tube, Overground and Elizabeth Line stations that feature the stories of LGBTQ+ communities and businesses. 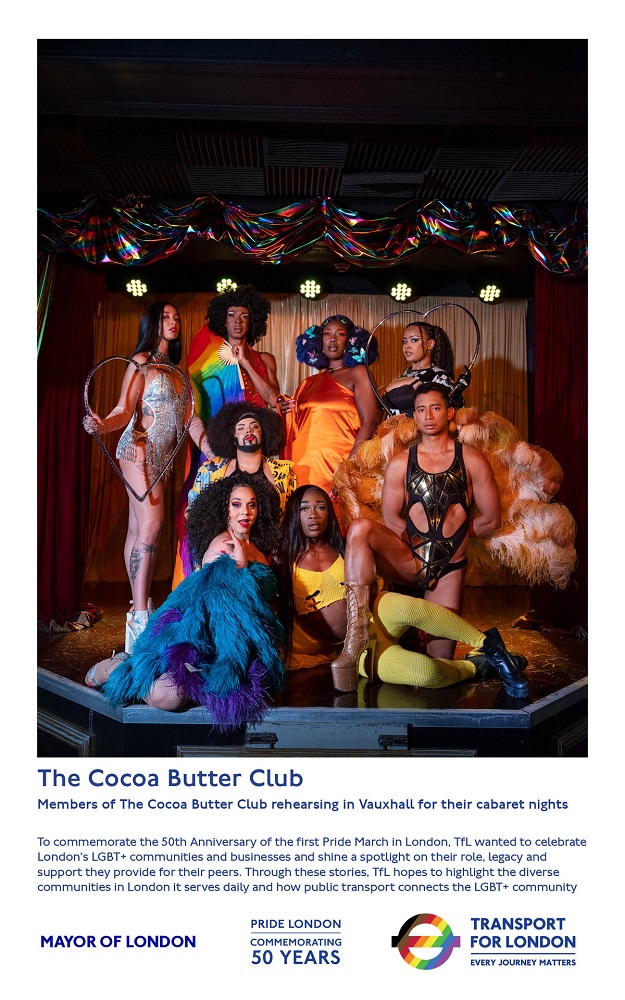 Contributors include The Cocoa Butter Club – a performance company that champions people of colour – and Gay’s The Word – the UK’s oldest independent LGBTQ+ book shop.

The collection will also celebrate some of London’s inclusive sports teams, such as Stonewall FC, London Cruisers and London Otters Rowing Club.

Marcia Williams, TfL’s Director of Diversity, Inclusion & Talent said: “TfL is a strong and constant supporter of Pride and LGBT+ communities and we’re committed to showing our continuous support all year round. This year, we’re opening a broader platform to experiences, voices and creativity from the community and we hope the wide collection of posters will engage, delight and inspire customers using the network.

“Everyone has the right to travel and feel safe whilst travelling on public transport, and we continue to do all we can to ensure public transport remains a safe and welcoming environment for all.” 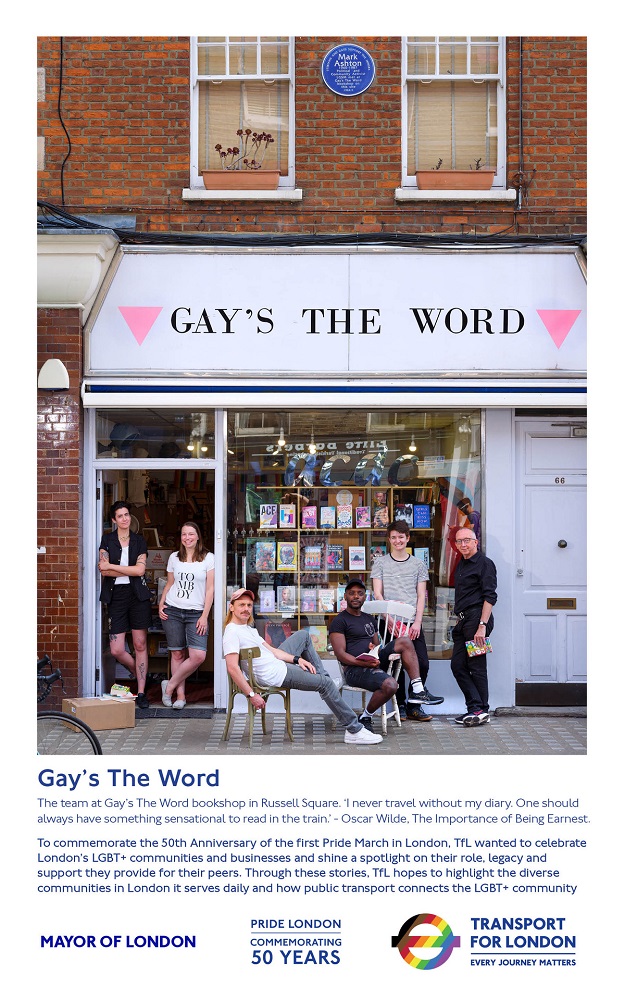 Also on display will be portraits of more than 20 members of TfL staff which will tell their stories about being able to be themselves in their roles.
The series of posters will also feature the use of Polari, a historical form of slang used by members of the LGBTQ+ community to communicate discreetly.

London Pride 2022 will begin at 12pm at Hyde Park Corner with a parade that will follow the original route taken by protesters in 1972 before ending at Trafalgar Square where artists such as Emily Sandé and Ava Max will perform.