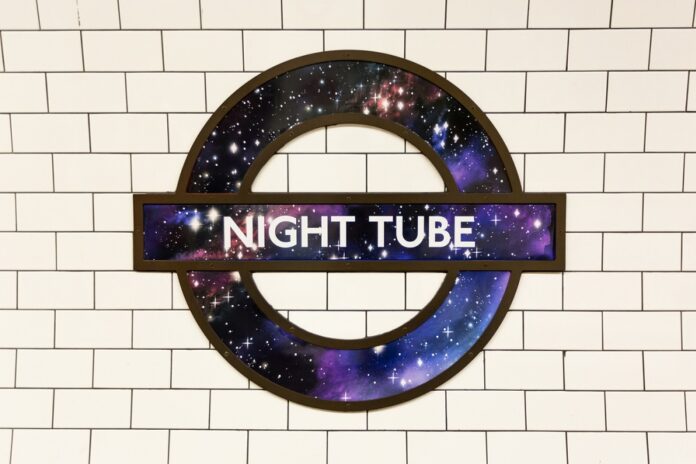 A full service is to resume on the Night Tube this weekend for the first time since before the start of the pandemic, TfL has announced.

Through-the-night services on the Piccadilly Line are to be restored from Friday July 29, meaning all five Night Tube Lines will be fully operational for the first time since March 2020.

It follows the announcement that the RMT union has suspended strike action on the Night Tube following an agreement with TfL about driver rotas, putting an end to more than six months of disruption.

Mayor of London Sadiq Khan said the return of the Night Tube “shows our city is bouncing back” from the COVID-19 pandemic.

He said: “I know this will be welcome news for Londoners and visitors to our city, helping people to make the most of everything on offer in the capital and supporting those working at night. Having all Night Tube lines running again will play a vital role in our city’s recovery from the pandemic, boosting the night-time economy and helping people get around the city overnight at weekends.”

The Piccadilly Line is the last to restore Night Tube services following the Central and Victoria lines in November 2021 and the Jubilee and Northern lines in May and June of this year.

With strike action on the Night Tube now suspended, trains will run every 10 to 20 minutes between 12.30am and 5am every weekend.

More than three million entries and exits have been recorded on the Night Tube since services began to return in November, while weekend ridership on the Tube is now consistently around 85 percent of pre-pandemic levels.

Michael Kill, CEO of the Night Time Industries Association said it is “vitally important” to rebuild confidence in London’s transport infrastructure and “promote a safe and accessible night time economy”.

TfL has said the Night Tube offers a “safe, low crime environment”, with dedicated British Transport Police officers patrolling trains and stations through the night along with 500 TfL enforcement officers.

But women’s safety campaigners this week wrote to Khan with 19 pages worth of testimony from women and young girls detailing their experiences of sexual harassment and assault on London’s Tube trains and buses.

Campaigner Zan Moon called the transport network the “ultimate hotbed of sexual harassment” and called on the Mayor of London to do more to protect women travelling around the capital.

A spokesperson for Khan said that he is “working with TfL and the police to take a zero-tolerance approach” to sexual harassment across the transport networks and “stamp this predatory behaviour out”.