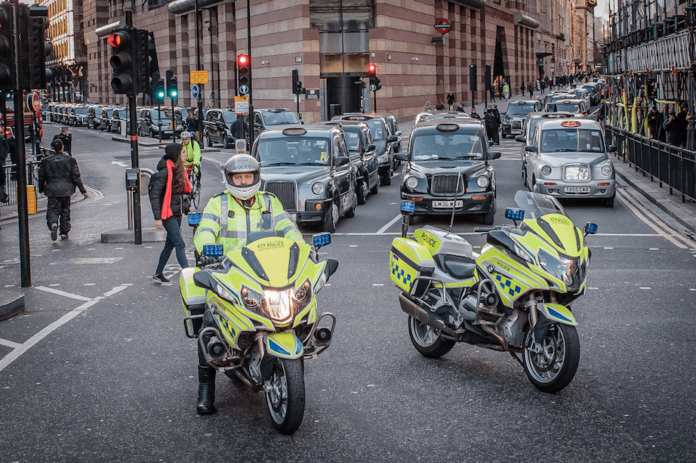 Black cab drivers have once again shut down Bank Junction as day two of a week-long protest brought City roads to a standstill.

Having targeted London Bridge last week in response to a TfL scheme which would ban them from accessing a bus lane in Tooley Street, cabbies are again protesting a ban on taxis at the junction between 7am and 7pm Monday to Friday.

Only cyclists and buses had been permitted to use the six-armed crossroads on weekdays since last May, part of an 18-month trial to improve safety following the death of cyclist Ying Tao, who was hit and killed by a lorry in 2015.

Provisional safety figures showed casualties at the junction have dropped by 27%, with 11 recorded during the hours of the ban in the first 12 months of the scheme, compared with an average of 15 in the last five years.

People are advised to avoid Bank junction and the surrounding area as some nearby roads are affected.

There had also been fewer collisions in the surrounding streets, and improvements to air quality in the area, prompting the City of London Corporation to make the scheme permanent in September.

The ban on black cabs prompted outrage from taxi groups, who have lobbied for access since the trial began.

Protest organisers say restrictions are depriving them of a living, and that they will implement the blockade every day this week from 4pm until 7pm.

City of London Police advised people making their way home from work to avoid the junction and surrounding area.