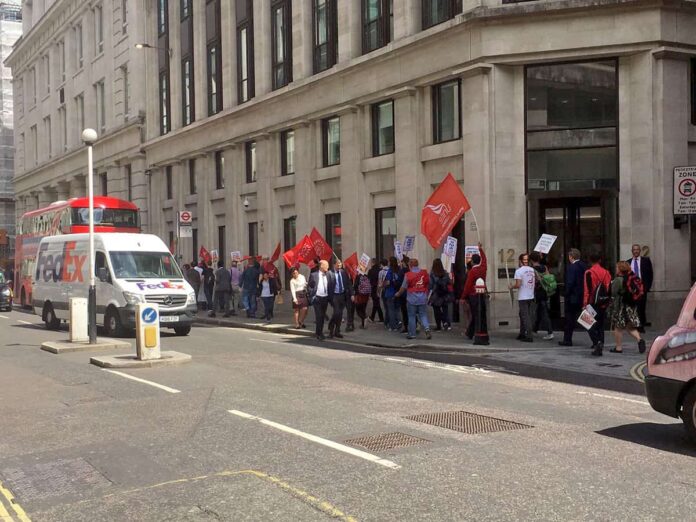 Strike action is back on the cards at St Bartholomew’s Hospital as an ongoing wage war across Barts Health NHS Trust once again hit troubled roads.

More than 700 members of staff employed by Serco on behalf of the trust staged a seven-day walkout in July, and were due to do so again in August before last-ditch talks averted industrial action.

The group of campaigners, which comprises cleaners, security personnel, caterers and porters, are demanding a 30p per hour pay increase.

But the Unite Union, representing staff in their protests, say that the latest discussions proved futile, and warned a new wave of action will get underway next week if an agreement cannot be struck.

“The dispute is still ongoing and the workers have called more strike days starting on 4 September,” said a Unite spokesperson. “The last round of strikes was postponed after Serco called for a meeting in which they said they would make an offer and address the concerns of the workers.

“Obviously we are strongly urging Serco to make a fair and decent offer before then so we can get back to doing our jobs and end the dispute. Likewise, we are calling for the trust to step in and encourage Serco in this regard.”

Hospitals including Royal London and St Bart’s have been affected by strike action so far. The trust, meanwhile, is preparing for the worst case scenario.

“Contingency plans are in place to minimise any disruption,” said a spokesperson. “All patient care at each of our hospitals will continue and we advise patients to attend their hospital appointments as normal.”