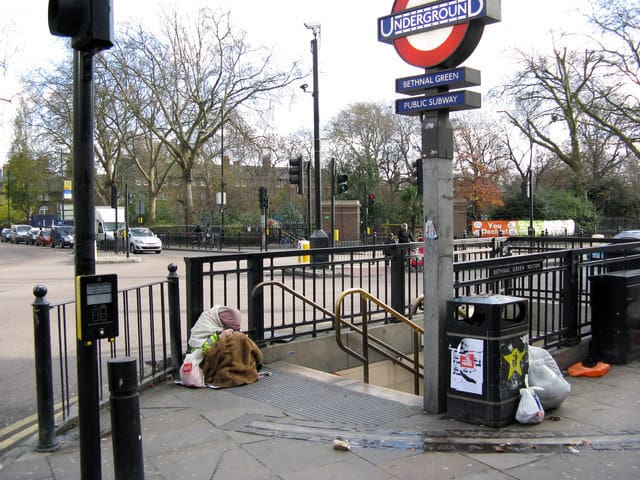 THE City of London has ranked among the worst 50 boroughs for homelessness.

Charity Shelter reports that one in 125 of the Square Mile’s population are homeless, with around 75 sleeping rough.

The City came in at 32nd in the study and suffered due to its comparatively small number of residents.

In Newham, the worst performing borough in the standings, the ratio is close to one in 25.

Shelter puts the total number of homeless people in Britain at 300,000.

In July the City Corporation signed off on a £430,000 fund to finance a service development package to combat rough sleeping.

But looking further afield London Assembly Member for the City, Unmesh Desai, said that more needs to be done at the top level to help prevent people falling through the gaps, and assist those who have to get back on their feet.

“These appalling figures show that the government has wilfully turned its back on those who’ve had the misfortune to find themselves homeless.”

66,000 new homes are needed each year for the Capital to address its housing crises.

Mr Desai said that the government “cannot miss the opportunity” at this year’s budget to hand Sadiq Khan the funding to make this a reality.

“Right now we’ve got a Prime Minister who has prioritised pumping £10billion into Help to Buy, inflating house prices in the process, rather than committing the funding to build hundreds of thousands of much needed social houses,” he said.

“The need to pave the way for longer tenancies doesn’t even appear to be on the government’s radar and they chose capping benefits over capping rent increases.

“We know so much about the causes of homelessness, but if we don’t start applying the solutions this picture in places like City of London is only going to become more bleak.”