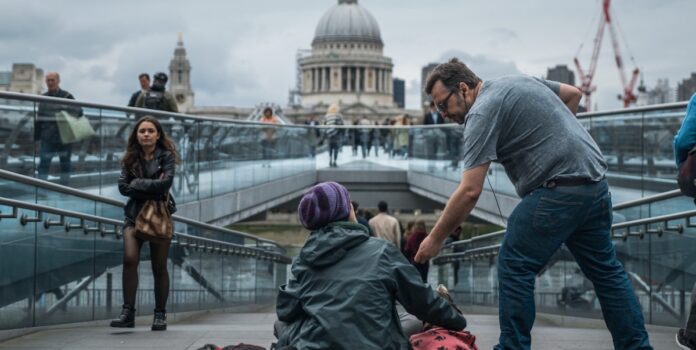 Rough sleeping has increased by 27% in the City, according to figures released in the latest series of Greater London Authority CHAIN reports.

Fresh data reveals that 441 rough sleepers were recorded by outreach workers between April 2018 and March 2019, compared to 348 over the same period during the previous year.

According to the full Greater London report, the overall number of rough sleepers logged on the Capital’s streets rose by 18% to 8,855. The most recent figures published by the Office for National Statistics (ONS) also estimate that 136 homeless people died in London in 2017.

Local London Assembly Member, Unmesh Desai AM, said that it is “chilling and profoundly concerning to see rough sleeping on the rise in our community”.

He added: “The government’s callous welfare reforms and failure to provide the necessary support to those with complex immigration cases are pushing more of the most vulnerable Londoners on to the streets and into the most desperate situations.

“With the right and robust political will, we can reverse this shameful situation.”

In the wake of the report, the Mayor of London has written to the Prime Minister urging the government to significantly improve the support framework available to those with complex immigration cases.

In June 2018, Sadiq Khan also released a Rough Sleeping Plan of Action, calling on government to invest £574million over five years to support a range of new services, initiatives and preventative programmes that the Mayor and other partners would be responsible for delivering.

In May, City Hall brought the former Clerkenwell Fire Station back into use to provide homeless services and shelter to LGBTIQ+ Londoners. This followed the Mayor’s investment in April of £11million into providing temporary modular homes for homeless families across the Capital.

Mr Desai added: “The Mayor has taken stringent action to reach out to homeless Londoners and lift them out of destitution, but government intervention and funding has been lacking.

“It’s high-time that the government listened to our calls and properly invested in homelessness services and the delivery of the genuinely affordable housing that the Capital needs.

“They must finally put an end to austerity which has plunged so many Londoners into poverty and exacerbated the levels of inequality fragmenting our society.”

Londoners are being encouraged to refer rough sleepers to support services through the Streetlink app and donate to the London Homeless Charities Group through the Contactless TAP points located around the city.