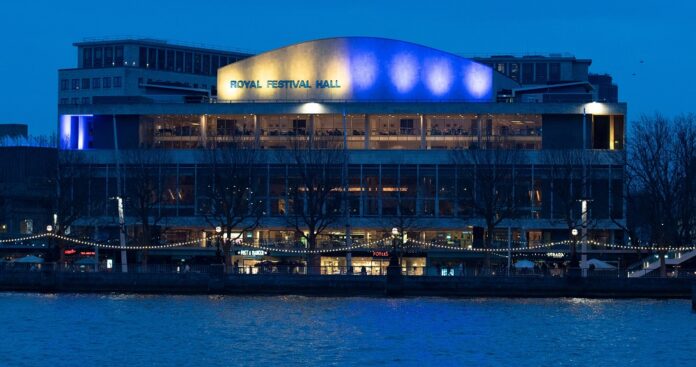 The Southbank Centre has announced a star-studded fundraising event for the people of Ukraine.

In solidarity with the people of Ukraine and to support the Ukrainian community in London, the Southbank Centre is hosting Slava Ukraini – a specially curated night of music, poetry and spoken word with a line-up that includes Ukrainian and British artists performing in person and via live link-up from Ukraine.

Tickets are on sale now, and all net proceeds and all further funds raised on the evening will be donated to the Disasters Emergency Committee’s (DEC’s) Ukraine Humanitarian Appeal.

Slava Ukraini has been organised in partnership with the Ukrainian Institute in London and supported by the British Council.

Performers include Kyiv-born Yuriy Yurchuk who performed the role of Marcello in Puccini’s La Boheme last summer at the Royal Opera House and Kharviv-born pianist Dinara Klinton who has performed previously at the Royal Festival Hall, the Wigmore Hall and Berliner Philharmonie and Konzerthaus.

NOW READ: What’s on around the City of London in March

The London Contemporary Orchestra will also perform live in-person on the night.

Ukrainian writers on the Slava Ukraini line-up include historian Dr Olesya Khromeychuk, author and writer of bestseller Death and the Penguin Andrey Kurkov and poet, writer and essayist Serhiy Zhadan.

They will read poetry by Odessa-born Ilya Kaminsky, best known for his poetry collections Dancing in Odessa and Deaf Republic, screenwriter and playwright Lyuba Yakimchuk and poet, essayist and translator Ostap Slyvynsky.

Further line-up announcements will be made over the coming week. The experiences of refugees from across the world will be explored in the programme for the Southbank Centre’s forthcoming contribution to Refugee Week in June, which will include a mix of outdoor stage, comedy, music and conversation.

Mark Ball, the Southbank Centre’s Artistic Director, said: “I’d like to thank all of the participating artists, the Ukrainian Institute in London and the British Council for their time and willingness to support the DEC’s Ukraine Humanitarian Appeal.

“We hope this event can make a difference to help people in Ukraine and those seeking sanctuary across its borders, and that it reminds us too of our responsibilities to refugees and displaced peoples from across the world.”

Tickets are available at southbankcentre.co.uk/whats-on/classical-music/slava-ukraini