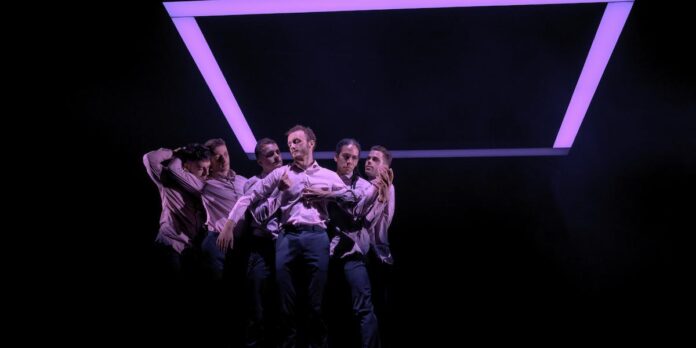 Yesterday, Sadler’s Wells announced that it will present new dance content for Digital Stage, its free online performance platform, in response to the cancellation of shows across its theatres as part of efforts to curb the spread of COVID-19.

New content will include digital premieres of full-length dance performances, screendance – choreography designed for film – and new dance workshops which have been specially created for families with young children, and the over 60s, to take part in at home.

The programme launches this week on Friday 27 March 2020, World Theatre Day, with the first in a series of Sadler’s Wells Facebook Premieres, which provide audiences with access to full-length dance performances via the organisation’s Facebook page.

One work will be released every week and will be available online for seven days. The first presentation will be Deluxe by BalletBoyz, which will be available on Friday 27 March at 7:30pm, the same time the work was due to be performed live at Sadler’s Wells.

NOW READ: What coronavirus lockdown looks like around the world

In another new initiative, Sadler’s Wells is expanding Take Part, its series of projects available to the wider community, by presenting online workshops and activities for audiences to dance along to in their own homes. Available from Wednesday 1 April, workshops have been specially created to connect with younger children who are now unable to attend nursery or school, and older people staying at home.

A family workshop created by Cherie Coleman, who runs Family Friday sessions at Sadler’s Wells, will feature 10 different movement activities for children aged 2 to 6 years to follow at home. There will also be workshops for older people aged over 60, inspired by Sadler’s Wells’ Company of Elders programme.

These will be hosted by artists both in the UK and across the world, including Clara Andermatt, B.Dance, Lucia Caruso, Seeta Patel, Simona Scotto, Alessandra Seutin and New Adventures’ Resident Artist Paul Smethurst. These activities are coordinated by Sadler’s Wells’ Learning & Engagement team, with workshops available as YouTube playlists, which will remain online for audiences to access.

Sadler’s Wells will also share dance films specifically created and choreographed for the screen. The series will include MADHEAD, a film directed by Ben Williams and choreographed by Botis Seva for National Youth Dance Company.

Sadler’s Wells will also continue to share its own commissioned film content, offering insights into the incredible array of artists working with the dance house, showcasing new work and archived material, across social media channels.

Alistair Spalding, Artistic Director and Chief Executive of Sadler’s Wells, said: “Sadler’s Wells has been a platform for artists for more than 300 years and we are determined to continue to bring you great dance even if our stages are dark. Our Digital Stage is open and in the coming weeks we will share dance you can enjoy wherever you are – from recordings of full performances to dance works made specifically for film and dance workshops you can take part in from home.”